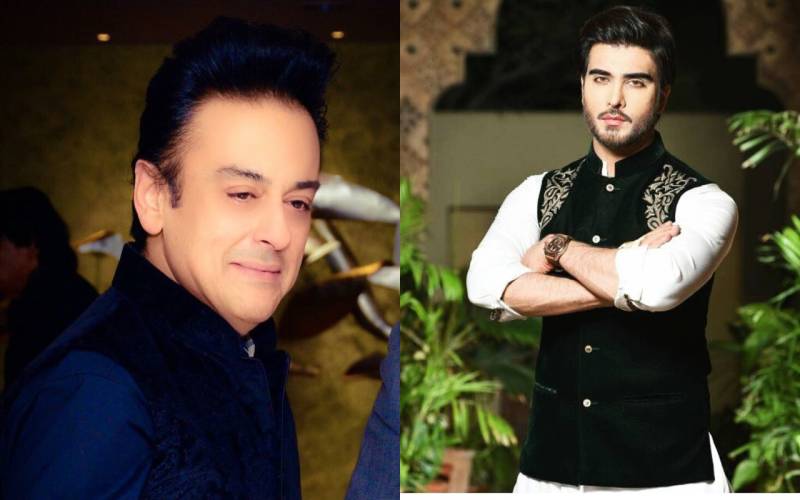 LAHORE - Singer Adnan Sami has irked Pakistanis once again with his tweets praising Modi and encouraging war. The singer who has permanently moved to India and acquired Indian citizenship has long cut ties with Pakistan.

Ironically, Adnan Sami’s father, Arshad Sami Khan has been an airforce pilot in Pakistan. The highly esteemed pilot has been awarded Sitaara-e-Jurrat too.

DELHI -Adnan Sami has become a name being hated by Pakistani for many reasons. One major reason for the hatred for the ...

Recently, Sami had tweeted, paying his respects to Modi and saluting the India Army for committing a blatant violation by crossing Pakistan’s border and seeking War.

Now an Indian, Adnan Sami praised the act of Narendra Modi. When Pakistani Twitterati started to make him realize about his tweet, the singer again commented bad words.

In his post, Imran had criticized Adnan by realizing him that how he can forget that he is the son of an ex Pakistani Air-Force Pilot who fought during the 1965 war and received Sitara-e-Jurrat. He also mentioned that his parents still love Pakistan and lives here. 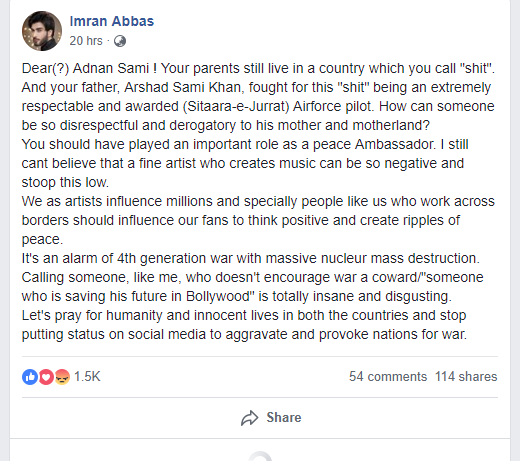 The Khuda Aur Mohabbat actor added on the comment section that "failed career cant be reversed no matter how much he tries to please his PM. A man who doesn’t respect his own mother can't be respected by anyone and cannot be successful at any front be it personal or professional. His miserable personal life is an open secret and downward, rather failed music career is not something we don't know. The only thing he was left with is some respect which he had lost since he started acting too cool, liberal and openminded to abuse his motherland.”