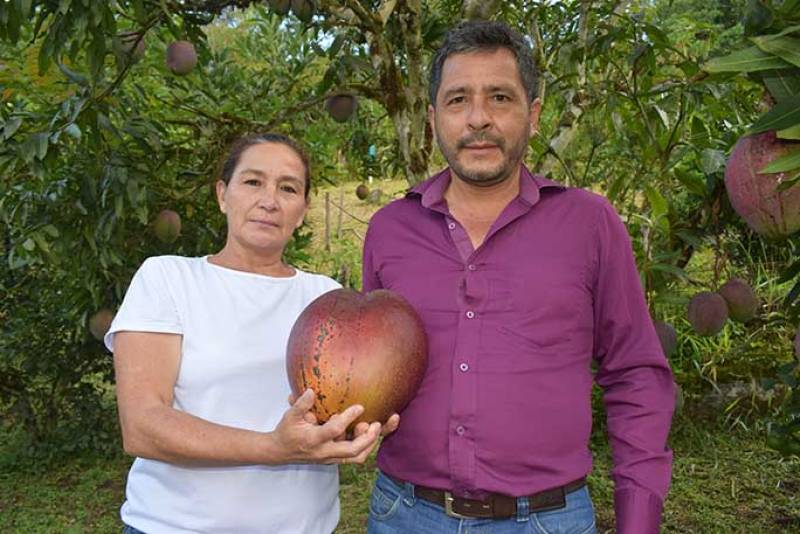 Weighing 4.25 kilogrammes (9.36 pounds), the mango was certified as an official Guinness World Records title. Earlier in 2009, the former record was held by a mango found in the Philippines that weighed 3.435kg.

The pair said they could tell early on that the mango was growing much larger than the other fruits on their tree. Barrera said his daughter, Dabegy, suggested the mango could be a new world record after it was harvested and weighed.

“Our goal with this Guinness World Records title is to show to the world that in Colombia we are humble, hardworking people who love the countryside and that the land that is cultivated with love produces great fruits. In addition, this represents in times of pandemic a message of hope and joy for our people,” Barrera told Guinness World Records.

After being documented for the record, the family celebrated by sharing and eating the entire mango. However, they made sure to commemorate their record-breaking moment.

“It was very delicious and healthy inside, but before that, we made a mold out of it to make a replica and donate it to the municipality to be recorded in history,” Barrera said.