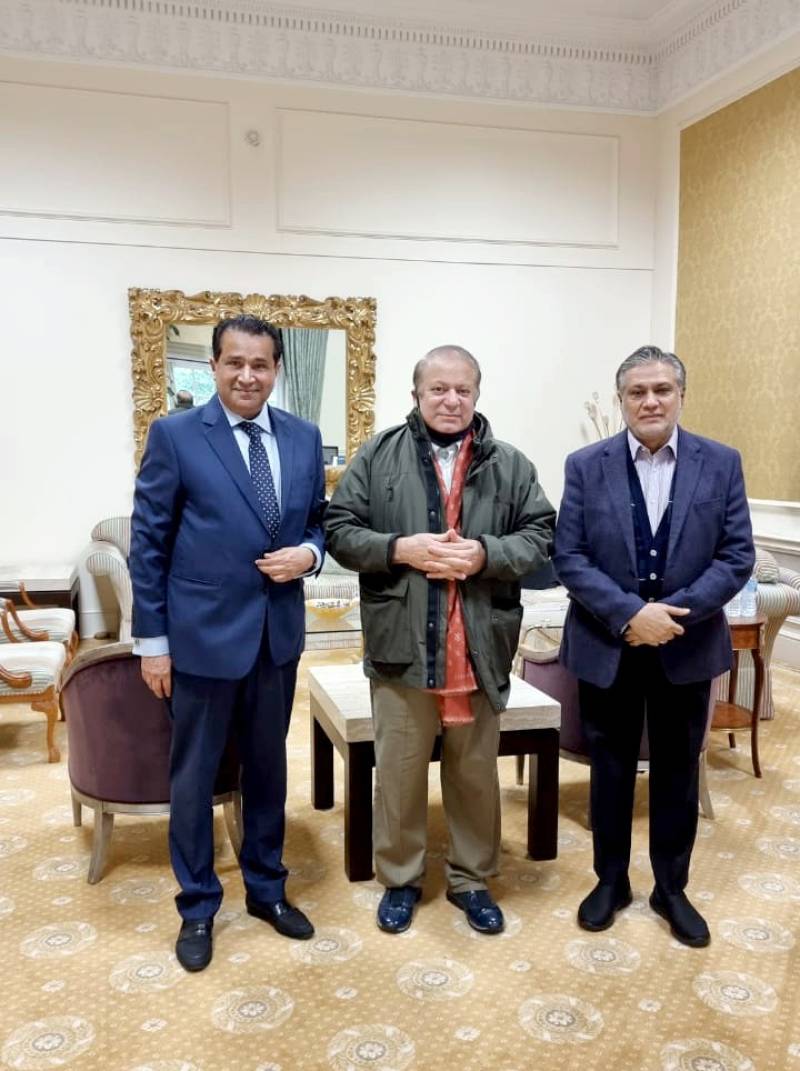 Baig, who is also member of the PML-N’s economic advisory council, felicitated the former prime minister over the recent decision of the UK’s National Crime Agency to unfreeze the bank accounts of Shehbaz Sharif and his son.

LONDON – A court in the United Kingdom has ordered the restoration of frozen bank accounts of PML-N president ...

Nawaz Sharif also congratulated the economist over becoming a member of the party’s advisory council.

Former finance minister Ishaq Dar was also present on the occasion. He also congratulated him on achieving a new position in the party.