Imran seeks 'neutrals' intervention to save Pakistan from bankruptcy 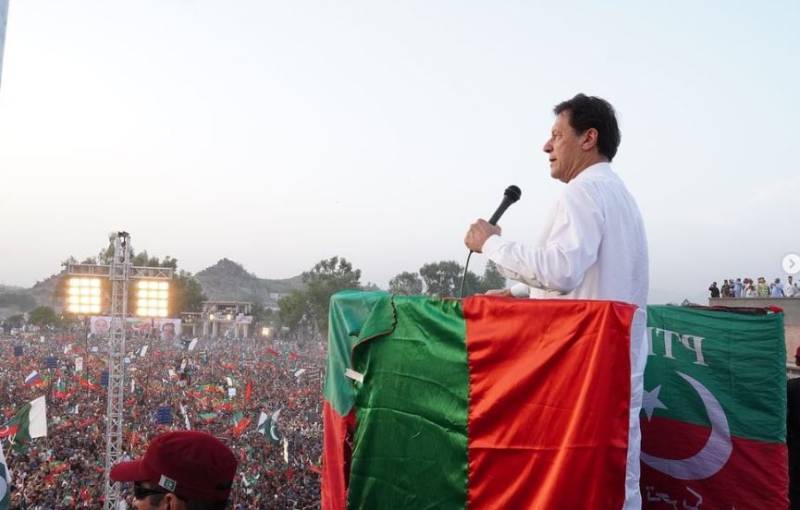 PESHAWAR – Former Pakistani premier and PTI chief Imran Khan again called on neutrals to intervene, saying the masses are aware that the real power lies with them.

Pakistan’s ideology was compromised and the puppets of the US were imposed on the country through a US-backed conspiracy.

The former prime minister maintained that the establishment could stay neutral if it wants, but the people would never forget its role of turning a blind eye amid deteriorating conditions.

Khan also compared Pakistan’s situation with the Soviet Union, saying the communist state disintegrated because of its weak economy despite having sophisticated arms.

Taking a hit at the incumbent government, Imran said that PM Shehbaz Sharif fears about his wealth if he was opposed the US. He also slammed authorities for increasing fuel prices, saying they ignored the purchase of the commodity at a cheaper price from Russia to appease Washington.

He rapped PM Sharif’s government for their stern measures against Azadi marcher, the participants of the long march faced violence and withstood despite intense shelling, he said.

The firebrand politician reiterated that the Haqiqi Azadi movement will continue till the fresh elections in the country are announced.