End of road for PDM as five parties to form new bloc without PPP, ANP 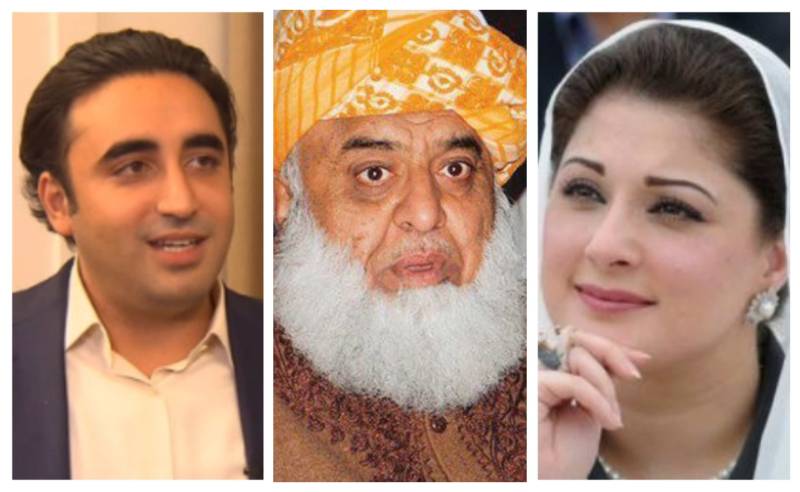 The former eleven party alliances chief will also issue show-cause notices to PPP and ANP for opposing its consensus decision and getting the support of alliance from the government parties.

All these decisions were taken at a meeting of senators of five opposition parties, a press release of the Pakistan Muslim League-Nawaz (PML-N) stated.

After the rift between the two major parties, the new group will be led by the PML-N designated opposition leader Senator Azam Nazir Tarrar.

Earlier in March, the PDM had decided that the Pakistan Peoples Party will get the chairmanship of Senate while the deputy chairman will go to JUI-F and the PML-N will get the office of the leader of Opposition.

PPP and JUI-F failed to bag the upper house polls. Afterward, the PPP backed out of consensus understanding and opted to get the slot of the Opposition leader by roping in some members of the Balochistan Awami Party (BAP) party, which is part of the government.