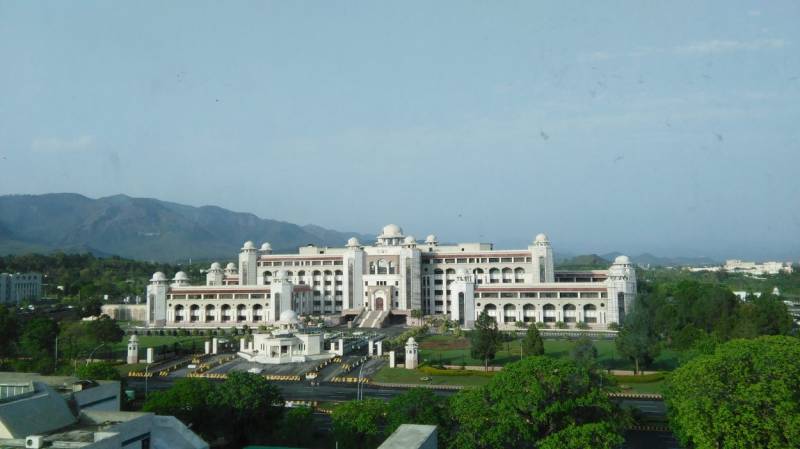 ISLAMABAD – The federal government, which announced a state-of-the-art federal educational institution in Prime Minister House, rolled back its plan as it is considering renting out the premises for events.

Reports in local media cited that the federal cabinet, which is scheduled to meet today, will discuss ways to garner revenue from PM house. Sources revealed that cultural, fashion, educational, and other events will be held at the premises located at the Red Zone in the federal capital Islamabad.

The auditorium of the Prime Minister's House, two guest wings, and a lawn can be rented out to generate funds. High-level diplomatic functions, international seminars will also be held at the former principal workplace of the Pakistani premier.

Two committees have been suggested to ensure the discipline and decorum of the PM House during the events.

ISLAMABAD – A private company is building portable houses for just three million rupees - through the loan ...

Earlier, the incumbent government has rolled back its plan to set up a university at the PM House and considered an emerging technology Institute there.

However, the government decided to review the plan and the lack of funds along with a number of factors that stemmed the new plan for PM house.