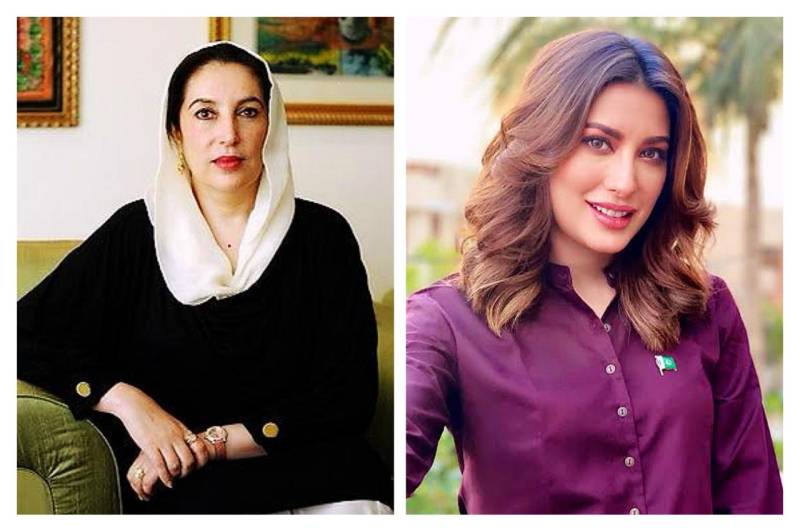 The cat is finally out of the bag as Lollywood diva Mehwish Hayat has finally confirmed in a recent interview that she is all set to star as late Benazir Bhutto in the upcoming biopic.

As the Load Wedding actor confirmed the news, the 33-year-old maintained that the production is set to begin in the near future.

Delving into details, the Dillagi star assured that the movie is magnanimous and worth the wait. Further, she said that she is not allowed to say much due to the NDA.

Back in 2018, Mehwish touched on playing the role on her social media."I am privileged to have been given the opportunity to research and learn more about her life and sitting here I can only reflect on so much more that could have been had she not lost her life so tragically."

The first female Prime Minister of the Muslim world late Benazir Bhutto exuded spontaneous charisma with the simplicity of excellence honed by years of hard work and steely resolve.

A woman of resilience, BB was brave and her following personality trait reflected in her choices.

Celebrities and public figures have taken to social media to speak up about the ongoing femicide. The latest to jump ...