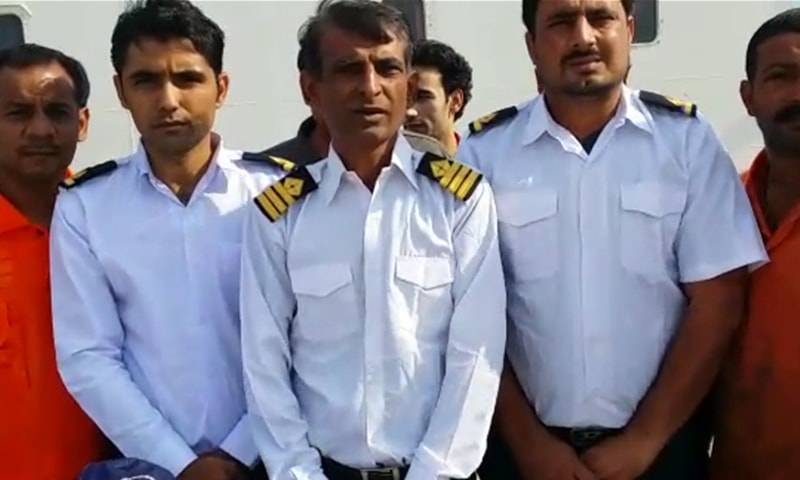 ISLAMABAD - Nine more sailors of the 17 Pakistani crew members stuck on a ship in Egypt's Suez Canal returned home on Friday after intervention by the Pakistani embassy in Egypt.

According to the reports,  the 17 workers had been stranded abroad for over three months after the Egyptian government had reportedly confiscated their passports.

Four amongst those stranded had returned to Pakistan after intervention by diplomatic officials in the first week of January. A few weeks later, three more sailors returned home.

Muhammad Jameel, one of the sailors who returned home today had a brief talk with newsmen.

'Nine of us have come back today. One [among the nine] has gone to Abu Dhabi, another has gone to Islamabad,' Mohammad Jameel said.

The sailor expressed that due to ailment, the captain of the ship had been shifted to a hospital and will return to Pakistan after he recovers.

'After a long struggle we have reached Pakistan. All the credit goes to Pakistani media and the head of the Pakistani embassy,' Jameel added.

Unfortunately, Jameel claimed that despite efforts to contact the Sindh government, no help was provided.

The sailors told the newsmen that the shipping corporation had not paid them their due salaries for all the months that they were stranded on the ship.

The workers left Karachi on Aug 8 and reached Kuwait via Dubai. They boarded the ship in Kuwait and sailed to Egypt, where they had been stranded since Oct 14.