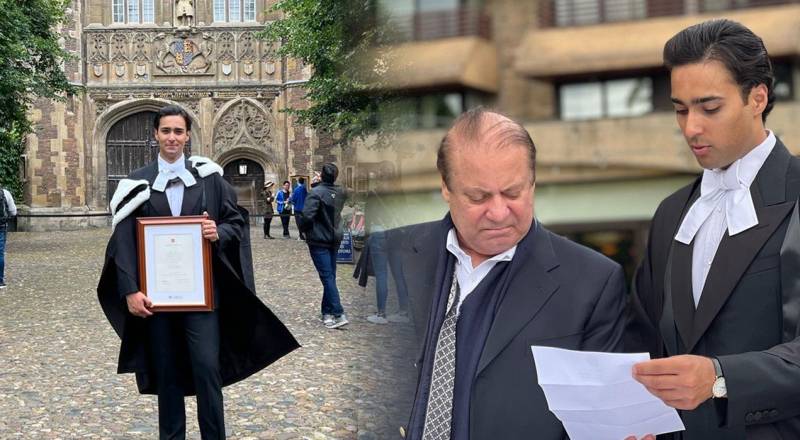 The Sharif scion was congratulated on Twitter by his mother Maryam Nawaz, family, and friends along with PML-N supporters.

In her tweet, the daughter of former Pakistani premier Nawaz Sharif congratulated his son. I would like to share the good news with you all, she wrote while praying for Pakistani youth.

In the year 2020, Maryam Nawaz’s son received his master’s degree in International Relations from the London School of Economics (LSE). Maryam and her husband Capt. (r) Safdar were not able to attend the graduation ceremony after being placed on the Exit Control List (ECL) in the previous regime.

Junaid earlier received his master’s in Global Governance and Ethics from the University College London (UCL).  Prior to the UCL, he graduated from Durham University with flying colors.

LONDON – Another picture of former Prime Minister Nawaz Sharif surfaced in which he can be seen enjoying a polo ...

The 26-year-old earlier made headlines as he was spotted playing polo at annual Inter-Varsity Polo Tournament at UCL. Junaid also represented Pakistani varsity teams in various tournaments across Britain.