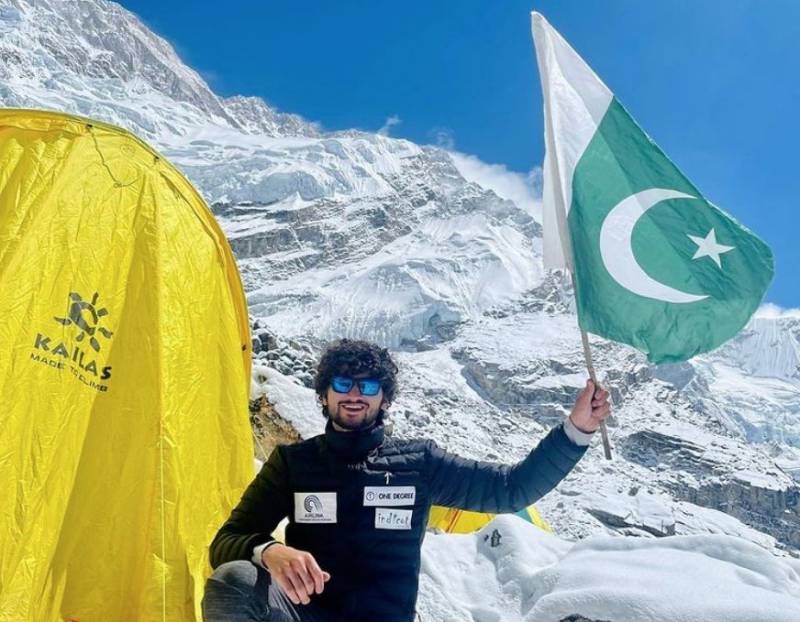 Kashif, whose expedition to Broad Peak earned him the title “The Broad Boy”, said he was promised one million rupees from the government to sponsor his journey but had only received less than half a million.

Recording his clip while sitting at the fifth highest peak, the young climber stated that he was the youngest person to summit the seven highest peaks of the world – all of which are above 8,000 metres; however, he lamented no support from officials or the private sector.

No one believed, yet i did 3x8000m in 23 days. I was promised Rs.10 lac by govt. & i got Rs.450k only. Pakistanis fall behind due to such lack of support & interest despite proven talent & track record. I might miss Pakistan’s world record due to this behaviour. I did my best 😔 pic.twitter.com/rIp2dJURX6

The heartbroken climber said he might miss the country’s world record due to the financial crunch.

Despite multiple requests, Kashif received no support from the Pakistani government while he also asked citizens to contribute to his journey.

Earlier, ‘The Broad Boy’ revealed that he was forced to take loans to pursue climbing, saying his father sold his house and plot to support him in the past but now even he is unable to fund his expedition.

Last year, Kashif made the world record as he summited two tallest mountains — the 8,849-metre-high Everest and 8,611-metre-high K2 — in the same year.

Pakistan's youngest mountaineer Shehroze Kashif on Thursday added another feather to his cap, as he became the youngest ...

He previously conquered the world's third-highest peak Mount Kanchenjunga and holds the record youngest Pakistani to have climbed Broad Peak (8,047m) at the age of 17.