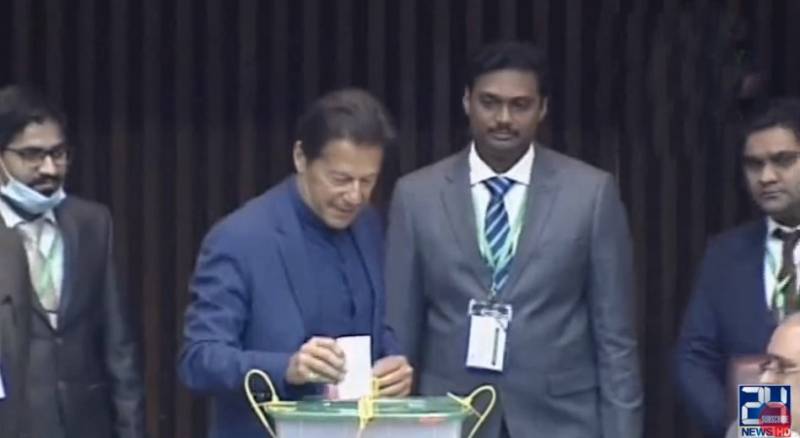 The premier was received by members of the government in National Assembly while government members also chanted slogans on the arrival of the Prime Minister.

Khan also holds informal talks with party candidate Hafeez Sheikh and other government ministers in the house. He left after casting his vote.

As the Prime Minister arrived in the National Assembly, Pakistan People’s Party members chanted slogans on which the Chief Election Commissioner directed not to create any commotion.

ISLAMABAD – Pakistan Tehreek-e-Insaf (PTI) has filed a disqualification plea with the Election Commission of ...

Polling for 37 seats of the Senate is underway under the supervision of the Election Commission of Pakistan (ECP) as a total of 78 candidates contesting from Sindh, Khyber Pakhtunkhwa, Balochistan, and Islamabad.