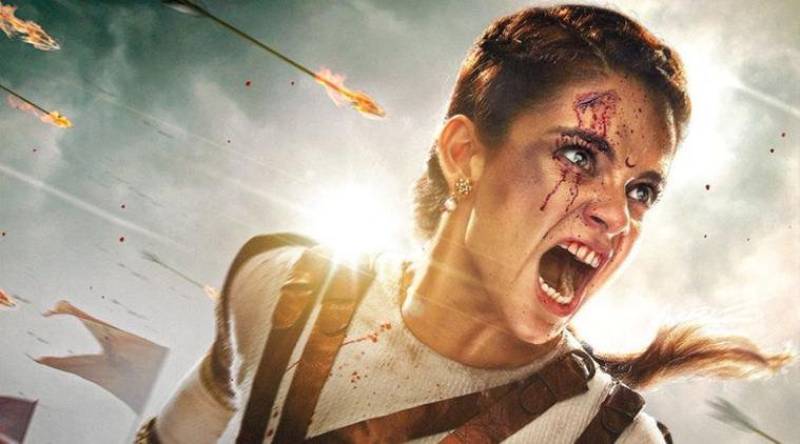 Kangana Ranauts upcoming film Manikarnika’s teaser landed on Gandhi Jayanti and showed Kangana Ranaut as a warrior and fierce queen, Laxmibai of Jhansi. Kangana is portrayed as the bloodied and unbent Maratha Queen who took on the British East India Companies army fighting for her country. This fight was also called India’s first war of independence.

The teaser is narrated by Amitabh Bachchan as Kangana is portrayed as a young girl who has another side to her with duties which demand power, courage and bravery. The clips show the war field full of sword fights between the Queen and army. A young mother who continues to fight for her country with her son right next to her.

The movie is also said to be a good example for the youth as they’d know how women empowerment has been throughout the history.

On this other side people are making memes out of the recently bloodied pictures of Kangana trying to give it a funny twist.

It seems like somebody was whispering "Hrithik ne tere 3000 mails ko ignore kardiya" in her ear throughout the shooting of this film 😂😂#ManikarnikaTeaser pic.twitter.com/YcLIFvTYhY