Nida and Yasir take up 'Safai Challenge' in latest vlog 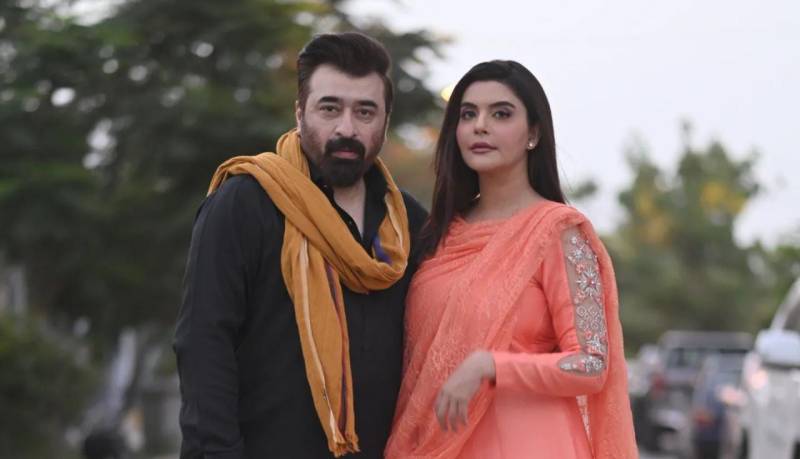 Lollywood's power couple Nida Yasir and Yasir Nawaz are undoubtedly one of the most admired couples whose super entertaining antics and PDA-filled moments on social media platforms keep their millions of fans in awe.

The duo has cemented their individuality in the entertainment industry with their noticeable works. The adorable couple has recently started a family vlog that has been treating their fans with glimpses into their luxurious life.

Nida and Yasir's recent vlog shows the couple participating in a challenge that involved the family doing the household chores without any house help. The Mera Dil Mera Dushman actor was seen cleaning the kitchen and restrooms while the Hum Tum actress mopped the floors. The pair's children also helped out their parents in making sure the house was squeaky clean.

Uploaded on YouTube, the carried a positive message and encouraged the viewers to maintain hygiene and also conveyed the idea that no matter who you are, cleaning your own home should be embraced instead of being looked down upon.

The Good Morning Pakistan host also took to Instagram to share the vlog with her 1.9 million followers.

On the work front, Nida produced Wrong No., Mehrunisa V lub u, and Wrong No. 2, and was last seen in Yeh Zindagi Hai and Hum Tum. Nida is also the recipient of the Pakistan Media Award in 2012, the Pakistan Achievement Award, and the Best Morning Show Host Award.

Yasir Nawaz, on the other hand, has been working as a director, producer, and actor with his recent projects including Mera Dil Mera Dushman, Bikhray Moti, Dil Zaar Zaar, and Chaudhry and Sons.