Despite Pak-India tensions, Farhan Akhtar pays tribute to APS martyrs with song 'Why couldn't it be me?' 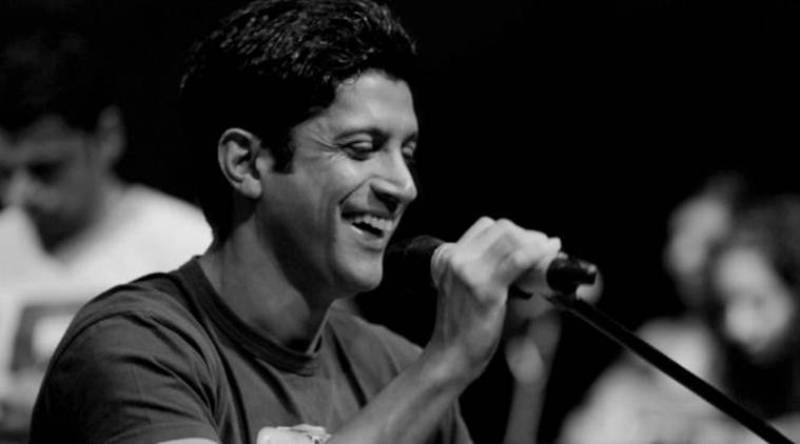 MUMBAI - Bollywood's acclaimed actor and filmmaker Farhan Akhtar has released ‘Why Couldn’t It Be Me’, the latest track from his much-awaited debut album Echoes, which will be out on 22nd February 2019.

Farhan's album Echoes features a summary of Farhan’s life experiences. Among other tracks, ‘Why Couldn’t It Be Me’ is a powerful and emotion-filled track and is available to download today on all streaming platforms.

The album is an eclectic musical mix and lyrically focused on love and relationships. The largely acoustic ‘Why Couldn’t It Be Me’ brings an extra dimension to Farhan’s work and has been released during the 16 Days of Activism Against Gender-Based Violence – an international campaign to challenge violence against women and girls.

A key track on the album, it’s also the only song that “isn’t looking inward but it’s about an external event” and is a song written to heighten awareness of the need to tackle violence.

Year's 2014 massacre in Peshawar left the world in deep sorrow and had shaken everyone with grief. Way back then Farhan had decided on dedicating a track to the innocent souls who lost their lives in the tragic incident of massive killing.

'Why Couldn’t It Be Me’ is Farhan’s latest endeavor to tackle the maltreatment of women in line with his ongoing commitment to using his worldwide profile to spread awareness of gender inequalities and the need to end violence in order to empower women and girls in every corner of the world.

Farhan had shared the track's link on his Instagram account with a brief caption, remembering APS attack victims and their families:

Farhan has gained popularity at international level because of his talented skills as an actor, screenwriter, director, and producer. He has also flexed his musical muscles before – not least playing the part of the frontman of a rock band in the critically acclaimed film Rock On!! (2008).

Akhtar is also South Asian goodwill ambassador for UN Women – The United Nations Entity for Gender Equality and the Empowerment of Women.

He recently launched the campaigning organization in India, MARD – Men Against Rape & Discrimination, which seeks to change male attitudes and bring positive change to the role and respect of women in the sub-continent.

Apart from the song, Farhan had also written an open letter to the militants responsible for the attack following the tragedy in 2014.