Political bigwigs to head for London to celebrate Eid 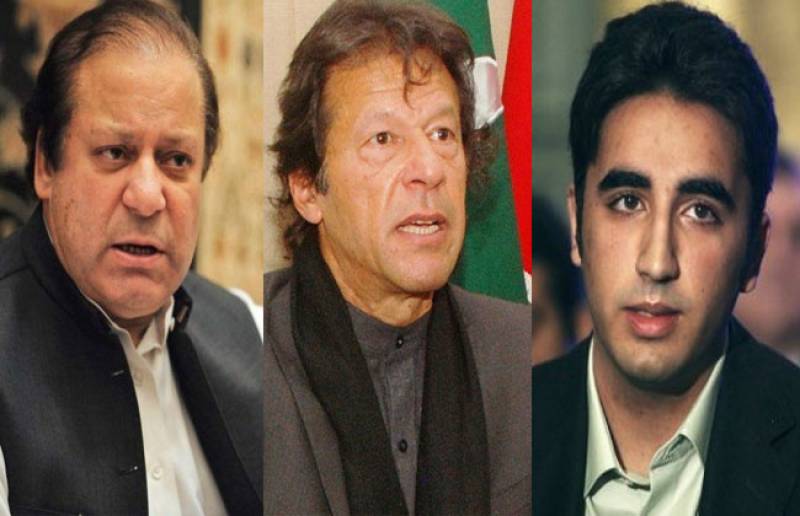 LONDON - As the whole nation is gearing up for Eid-ul-Fitr to mark the end of Ramzan, the country's top political leadership is either already in London or set to reach the British capital for the festival in the next few days, vindicating the notion that the country's political elite is completely divorced from the public it claims to serve.

Prime Minister Nawaz Sharif is already in London after undergoing an open-heart surgery in May. Doctors have advised him to avoid travelling and as a result, he will celebrate Eid in London along with his other family members.

Former President and Pakistan People's Party co-chairman Asif Ali Zardari is currently in Dubai. However, he is also set to arrive in London for Eid. PPP chairman Bilawal Bhutto Zardari and his sisters Bakhtawar and Aseefa will also head to London for Eid celebrations.

Meanwhile, Pakistan Tehreek-e-Insaf (PTI) top leader Naeem-ul-Haq will be reaching London on July 6 to join his family to mark Eid.

PTI chairman Imran Khan will spend the first two days of Eid in Pakistan, but will soon travel to London to join his sons, Kasim and Suleiman, on July 10 for Eid greetings.

On the other hand, Muttahida Qaumi Movement chief Altaf Hussain has been in London for last 20 years and will celebrate Eid in the British capital, as always. However, this time, he has also summoned other MQM leaders such as  Dr Farooq Sattar and Karachi mayor Waseem Akhtar to London for crucial consultations during the Eid holidays.