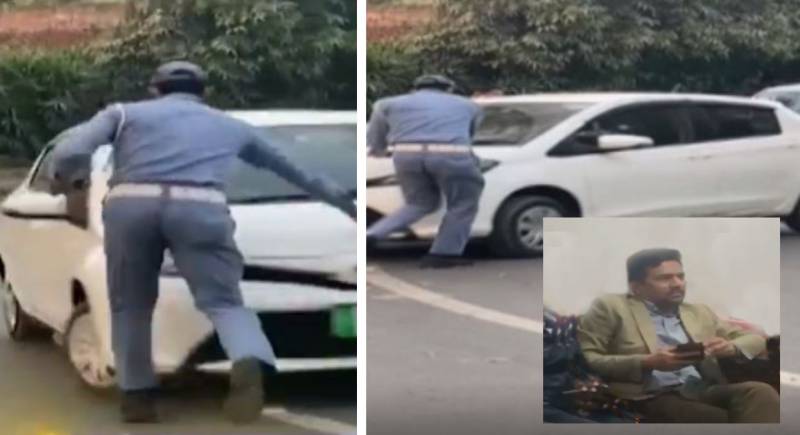 LAHORE – Police on Thursday arrested the Deputy Commissioner Federal Board of Revenue for injuring a traffic warden while he was issuing a ticket for violation in the provincial capital.

The incident occurred in GOR-1. The video of the incident went viral in which Deputy Commissioner FBR, Muhammad Adnan Shahnawaz, can be seen repeatedly running over the traffic warden in a bid to escape from the spot.

The traffic warden, Muhammad Naeem, said that when he stopped the hatchback vehicle for violating the traffic rule, the driver identified himself as DC Inland Revenue and told him to back off.

Following the event, a case has been registered at the Shadman police station while the traffic warden suffered minor injuries on his knees.