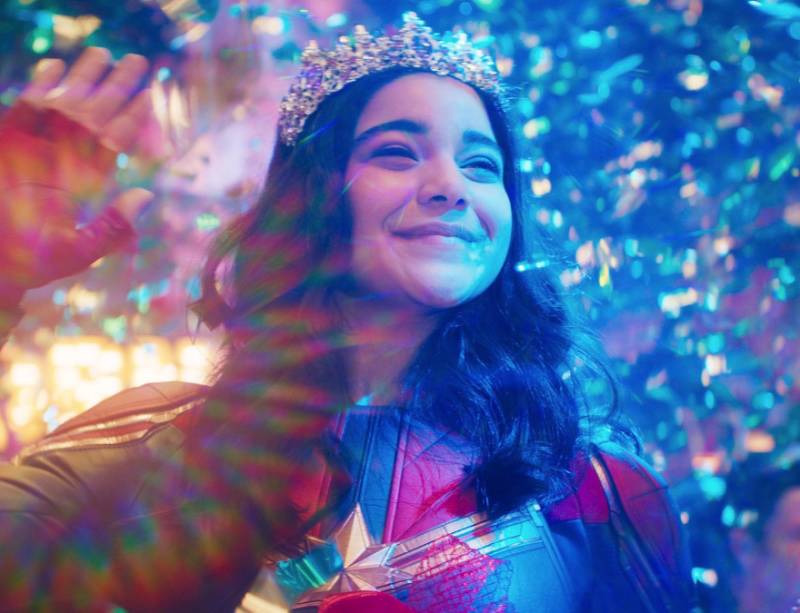 Pakistani-Canadian actor Iman Vellani, who is playing the title character in the upcoming series Ms. Marvel, surprised Pakistani fans in a special message on Eidul Fitr.

In a video clip, the 19-year-old extended warm wishes to Pakistani fans on the Islamic festival. “I have some marvelous news to share with you all. Our upcoming series Miss Marvel is coming exclusively in cinemas in Pakistan,” she can be heard saying in the clip.

Vellani, who plays the role of Kamala Khan in the upcoming series, shows excitement as she cannot wait for the project to hit the big screen.

Earlier, Pakistani-Canadian filmmaker and activist Sharmeen Obaid Chinoy, who is directing episodes for Ms Marvel, also confirmed the news saying Ms. Marvel will be released in cinemas across the country.

The two times Academy Award winner took to Instagram. “I have exciting news to share: An Eid present for Pakistan! We are bringing Ms Marvel to theaters across the country! Marvel Studios’ Ms Marvel to be released in cinemas in Pakistan,” the caption cited.

Disney and Marvel will be especially creating a cinema format version of the six episode series for Pakistan, split into three parts as follows:

Episodes 3 and 4 will debut on 30th June

This decision was made to celebrate the introduction of the first Pakistani Marvel superhero, Kamala Khan (played by Iman Vellani), into the MCU.

After a long wait, we finally know who will be the MCU's Kamala. Marvel studio has tapped newcomer Iman Vellani to ...

“The series also features a diverse cast both in front of and behind the camera. Disney and Marvel did not want Pakistani audiences to miss out on seeing Ms Marvel and her story as Disney+ has not yet launched in their country,” Chinoy concluded.