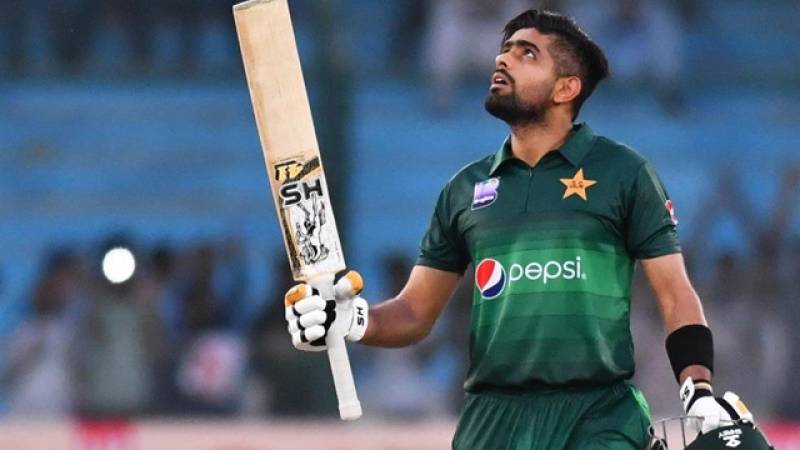 ISLAMABAD – Pakistan’s skipper Babar Azam on Sunday added another feather to his cap after becoming the fastest batter to reach the 7,000 runs mark in the shortest form of cricket surpassing Chris Gayle and Virat Kohli.

The 26-year-old, who is considered as one of the finest batsmen in the modern era of the gentlemen's game, achieved the recent feat during Central Punjab’s National T20 Cup clash against Southern Punjab. He is the 11th cricketer to score 2,000 T20I runs.

Earlier, the 26-year-old smashed the sixth T20 century of his career to register a record for the most number of T20 hundred by a Pakistani player. With 64 scores of 50 or more from 186 innings, the right-handed batsman has the best ratio of the 50s/innings in T20 cricket among all the top batsmen in the world.

He was three innings short of record from the West Indies hitter when he reached 6,000 runs earlier this year. Following the pace, he adds another 1,000 runs to his total T20 runs tally in only 22 innings.

RAWALPINDI – Pakistan’s captain Babar Azam achieved another milestone of his cricket career as he become ...

2204 runs of his career T20 record came in the international format, where he appeared in 61 matches for team Pakistan, scoring at an average of 46.89, laced with one century and 20 half-centuries while he scored 3058 runs in franchise cricket, having appeared in 84 matches across different leagues including PSL.

Meanwhile, the Pakistani skipper has scored 259 runs in six matches in the National T20 Cup – the most by any player in the tournament.