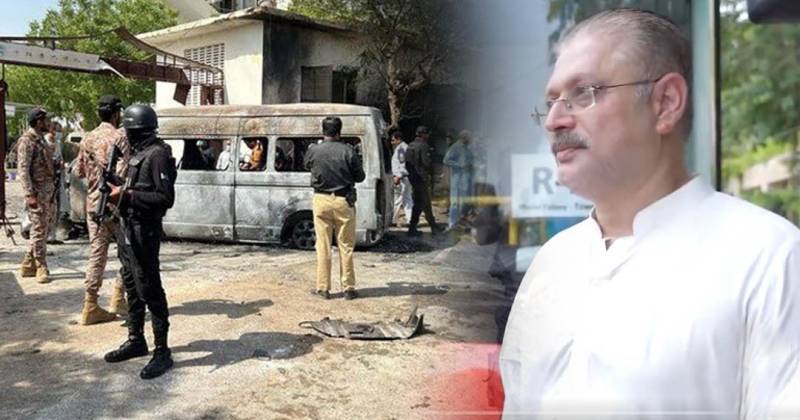 Memon said Counter-Terrorism Department and intelligence team have nabbed the main culprit. He pointed finger at foreign hand, saying the deadly attack was executed with the help of a neighbouring country, which has been supporting the terrorist groups in several ways.

The PPP leader mentioned that the suspect who was in charge of the sleeper cell has revealed crucial information about the incident.

He even mentioned that the suspect held a meeting with suicide bomber Shari Baloch and her husband and another terrorist of the outlawed organisation.

The officials revealed that the mastermind of the attack, Zeb who is an expert at making explosive devices, entered Pakistan via a neighbouring country and was living with Shari Balcoh and her husband.

The female attacker was not alone at the time of the suicide bombing, Murtaza Wahab said who also attended the presser.

Security personnel detained the key suspect two months after three Chinese nationals were killed in an explosion outside a Chinese institute at the Karachi University.