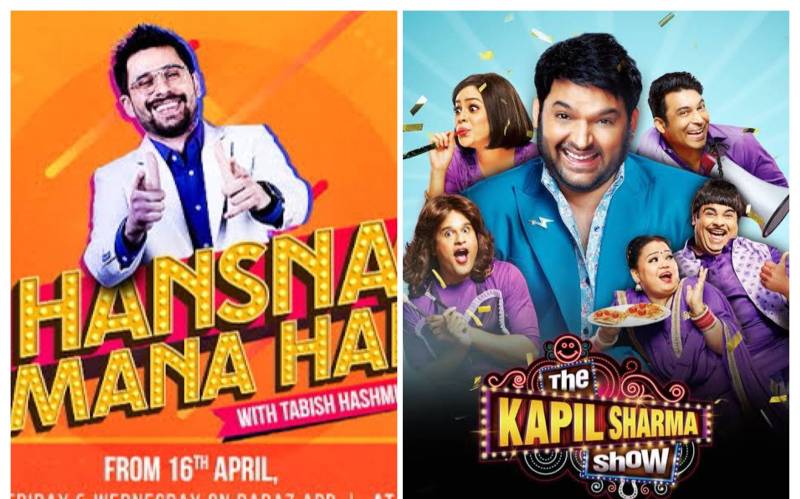 In a recent interview with Geo, the comedian revealed that it was, indeed, Sharma who copied a Pakistani concept and based his show on it - not the other way around.

Tabish revealed that since “Hasna Mana Hai” set was similar to Kapil’s show, people felt it was a copy. But in reality the sets of both the shows were based on cities which look like each other — Lahore and New Delhi.

Slamming the critics and haters, Tabish said that the concept of the set as well as the type of comedy projected on the show was a Pakistani concept.

Further, he said the comparison was “unjust” as Kapil’s show was aired once a week, whereas his show is broadcast thrice a week with unscripted guests.

Even though “Hasna Mana Hai” has multiple storylines, in essence, it is based on Tabish’s real life. “ It shows Hashmi as a Karachiitte who went to Canada. Now, he has come back to Pakistan and settled in Lahore, which is an original story,”

'To Be Honest': Tabish Hashmi bids farewell to his comedy show