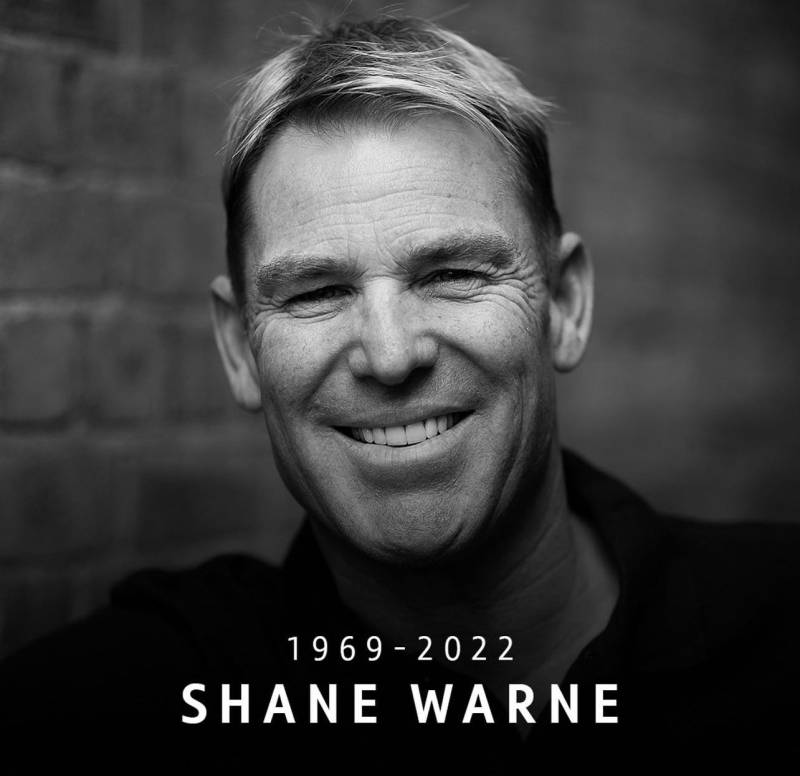 Australian cricket legend Shane Warne's untimely demise left his admirers heartbroken. The spinner passed away due to a possible cardiac arrest as per reports in Koi Samui, Thailand.

The 52-year-old's death shocked not only cricketers around the world but many who grew up watching him play.

52! No age! Terrible, terrible news. #ShaneWarne was a magician, a trickster who did wonders with the ball across pitches. The game and its lovers have lost a great legend. pic.twitter.com/ACHm1mDqYN

Devastating, shocking news about Shane Warne. A sporting hero for so many inc my sons. And a giant- hearted friend. ????

Just heard the sad news about Shane Warne passing away. My thoughts are with the family & friends of the cricketing legend.

I’m heartbroken. A big part of my childhood memories are connected to you. Remember seeing you play live so many times. Life is so unpredictable. Forever in our hearts. Rip. It feels like sportsmen belong to no country but to ppl around the world. The loss is ours. #shanewarne https://t.co/L9ncyLCxd9

What a huge loss ???? RIP pic.twitter.com/RjeCchv8nB

This news has left millions like me in shock & disbelief…gone too soon…May you rest in peace King Of Spin… pic.twitter.com/rN5CYaYIzw

Speechless to know about #ShaneWarne’s untimely passing. You could not have loved the game of cricket without being in complete awe of the man. This is so heartbreaking. Om Shanti ????????

Moreover, the late cricketer will receive a state funeral as announced by Australian Prime Minister Scott on Saturday.

In Pakistan, a minute's silence was observed during Pakistan versus Australia Test in Rawalpindi on Saturday. The teams paid tribute to the legendary spinner and the players wore black armbands to pay homage to him.

Former Australian spin legend Shane Warne has passed away in Thailand, leaving the cricket world in shock and ...