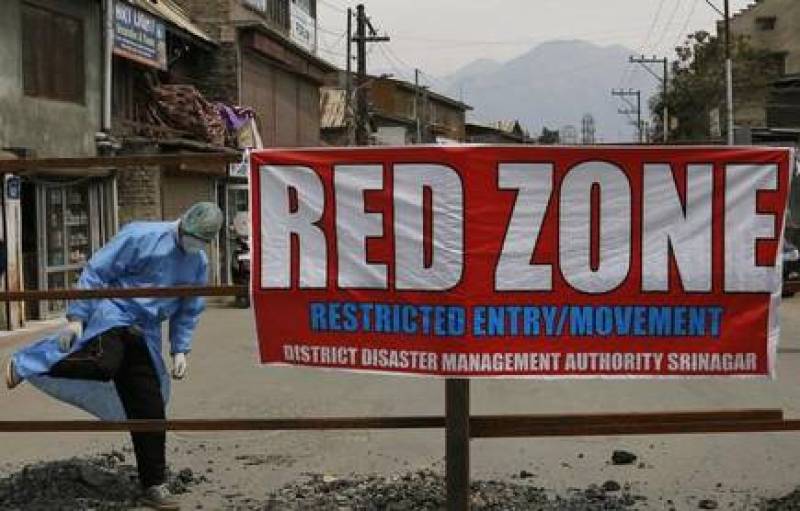 SRINAGAR – Indian authorities have declared the entire occupied valley of Kashmir, and three districts of Jammu region as red zone based on an overall assessment of coronavirus situation.

The classification of districts was given in an order issued by Chief Secretary BVR Subrahmanyam, the Kashmir Media Service reported on Tuesday.

As per the order issued by the Jammu and Kashmir administration, the entire Kashmir valley, which comprises ten districts has been declared as the red zone.

A report released by Research Section of Kashmir Media Service, today said in violation of international guidelines, the continued ban on high-speed internet has deprived Kashmiris from useful information regarding coronavirus.

India had suspended the internet and mobile phone services in occupied Kashmir on August 05, 2019.