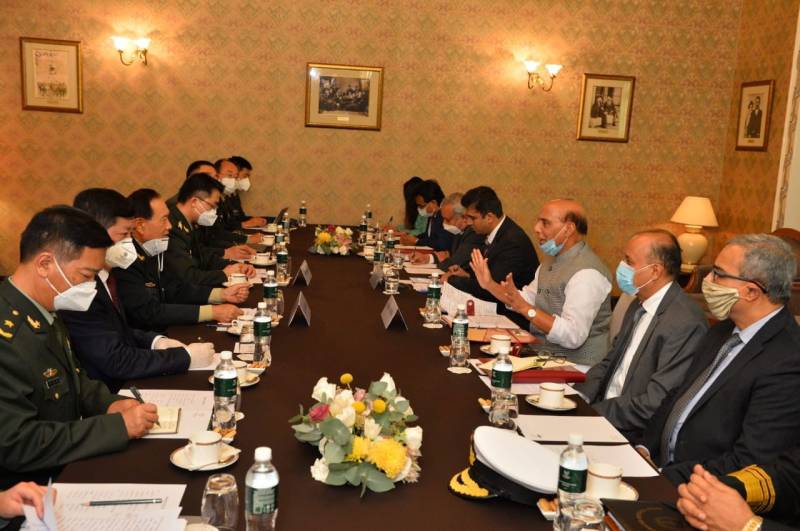 NEW DELHI/BEIJING – The chief of Indian army has admitted that the situation along the Line of Actual Control in eastern Ladakh is “delicate and serious”.

At the end of his two-day visit to Ladakh, he said the situation along the Line of Actual Control is tense.

Meanwhile, Indian Foreign Secretary, Harsh V. Shringla, while addressing the Indian Council of World Affairs said that the ongoing tension between India and China at the LAC in Ladakh is the “most serious challenge” for India like 1962.

In the highest level face-to-face political contact between India and China since tensions first flared along the border in May, defence ministers Rajnath Singh of India and General Wei Fenghe of China met late on Friday on the sidelines of Shanghai Cooperation of Organisation meeting in Moscow.

Reuters reported that both sides agreed to work towards reducing tensions along their contested border running through the western Himalayas after a clash in June, during which 20 Indian soldiers were killed in hand-to-hand fighting.

Both countries agreed that "neither side should take any further action that could either complicate the situation or escalate matters in the border areas," Indian defence ministry said in a statement.

Wei said the two sides should promote peace and stability and work to cool current tensions, China's ministry of defence said in a news report about the meeting posted on its website.

He said, however, that blame for the recent tensions lay "entirely with India", adding that China was determined to safeguard its national sovereignty and territory.