Shoaib Akhtar requests for prayers ahead of knee surgery in Australia 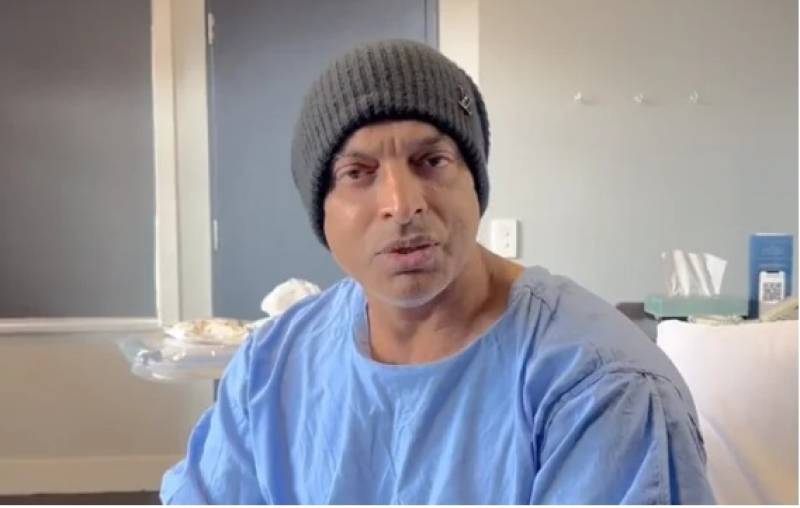 LAHORE – Former Pakistani pacer Shoaib Akhtar has asked people to pray for his health as he admitted to a hospital in Australia for the partial knee replacement surgery.

Taking to Twitter Akhtar shared a video from the hospital, stating that the operation would be eight hours long and he will need their prayers.

The world's fastest bowler, also known as the "Rawalpindi Express", said he was scheduled to undergo the surgery some months ago but it was delayed due to some reasons.

Akhtar revealed that he also took a painkiller injection in his knee last December due to delay in the surgery.

The former cricketer said he had undergone five similar surgeries and hoped that it will be his last surgery.

“Playing for Pakistan as fast bowler was a great deal for me,” he said while wearing the surgical gown.

Former cricketer Shoaib Akhtar has left the sports buff overjoyed as he announced the launch of his biopic titled - ...