Usman Mukhtar and Ushna Shah pair up for an upcoming film 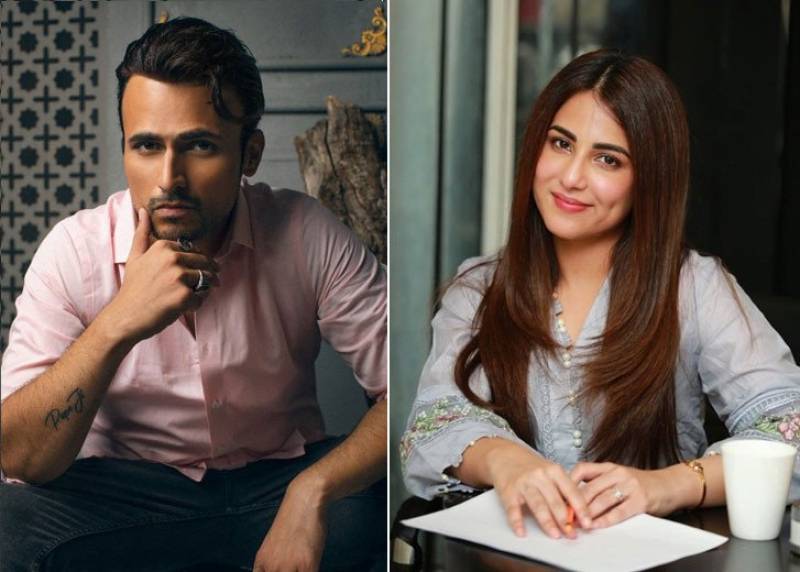 Usman Mukhtar and Ushna Shah are two incredibly gifted actors in the Pakistani entertainment industry. After creating magic with their impeccable acting chops, these actors are now teaming up for the big screen.

The duo will soon be seen playing the lead roles in the film where the Anaa actor will be essaying the role of a police officer.

Helmed by Zaheeruddin, the upcoming crime thriller is made under the banner of Dareechay Films and the shooting will start soon in Lahore.

Speaking about the film, the Hum Kahan Kay Sachay Thay actor shared, “I am so happy to be a part of this project and it’s something we have discussed for some years with Zaheer (Bhai). Really hope the audience will enjoy what we have been working on.”

Moreover, this will be Usman Mukhtar’s fourth feature film after Janaan, Parchi and the unreleased Umro Ayar opposite Sanam Saeed.

Umro Ayyar, reportedly Pakistan’s first Urdu comic book has now been turned into a film. The movie, slated to release in 2022.

On the work front, Ushna Shah's portrayal of a strong resilient woman in the drama serial Akhir Kab Tak has created a benchmark and was loved by the fans.

Pakistan’s entertainment industry figures are no strangers to social media trolling but the candidness of talent ...