Bilal Abbas Khan gets candid about love and romantic relationships 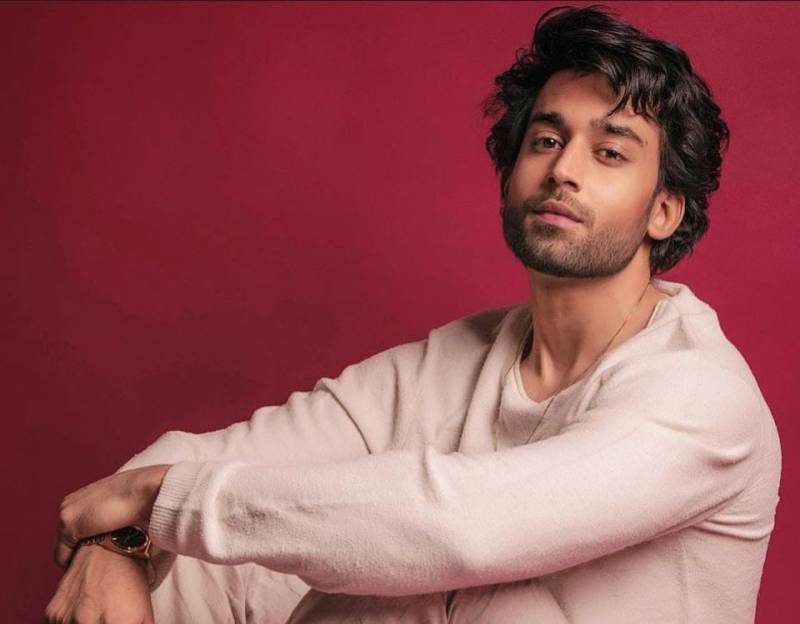 With millions of admirers, a promising acting career, and grandeur, falling in love for Lollywood's handsome hunk Bilal Abbas Khan should be a piece of cake yet the actor hasn't found his soulmate.

The Cheekh famed star known for his sharp features and acting prowess is a gentleman off-screen as he embarks on a journey to find a suitable match who could resonate with him on many levels. The Pyar Key Sadqay actor recently shared two cents on the concept of marriage, falling in love, and finding a partner.

During a conversation with Fuchsia Magazine about finding his soulmate and current relationship status, the O Rangreza actor said, “I do believe in love, I do believe in marriage. I think if something has to happen, it will eventually take place on its own accord."

The Dunk actor fumbled, hinting at his indecision while discussing an important aspect of his life, but suggested that he will "deal with it despite hesitation or confusion."

Talking about what he thinks about love and the qualities of a soulmate, the Balaa actor revealed, “I do believe in a soulmate. For me, love is about honesty, respect, loyalty, companionship, and mutual admiration for each other. If you claim that you love someone then these factors are crucial. If you cannot adhere to any of these factors when interested in somebody, you're basically not in love."

While there had been rumors of Khan's courtship with actress Ramsha Khan, previously, their unofficial breakup was a shock to their fans. As for now, the Dobara actor clarified that he is "not seeing anyone for the time being."

WATCH – Bilal Abbas reveals who was his first crush