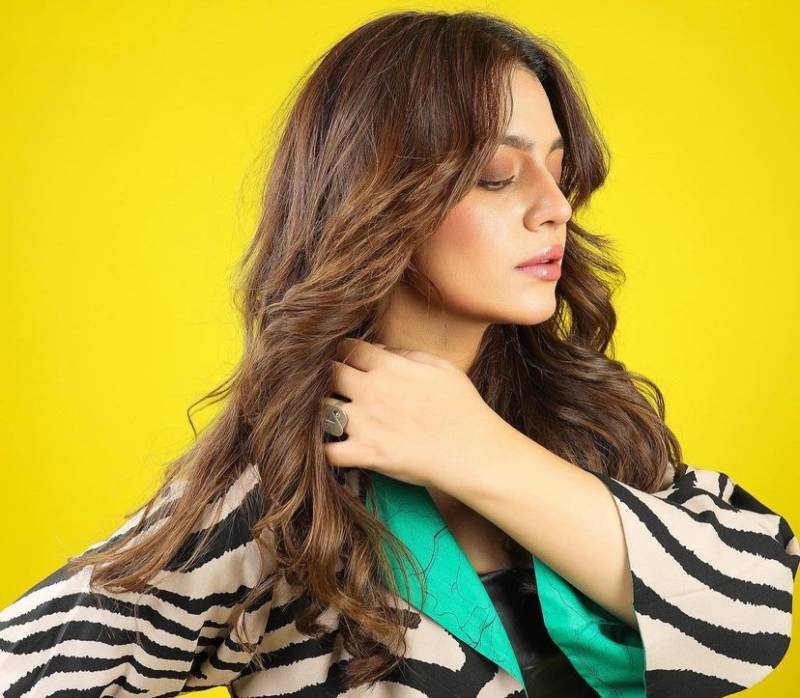 Lollywood beauty Zara Noor Abbas is undoubtedly one of the most popular actresses reflecting the Pakistani industry and of course, her representation is nothing short of praiseworthy.

The ‘Badshah Begum’ actor certainly possesses such magnetism and has remained in the spotlight over the years and will stay for many more years to come.

Recently, the news went viral that Zara Noor Abbas will be starring in the drama Jhok Sial. Now the Parey Hut Love actor has cleared the air once and for all. She said the news circulating about her role in the show is “not authentic”.

Abbas took to Instagram stories on Thursday and wrote, “Hey InstaFam! News circulating about me doing Jhok Sial is NOT authentic — even though I think it’s an amazing script and I wish best of luck to everyone involved in this.” 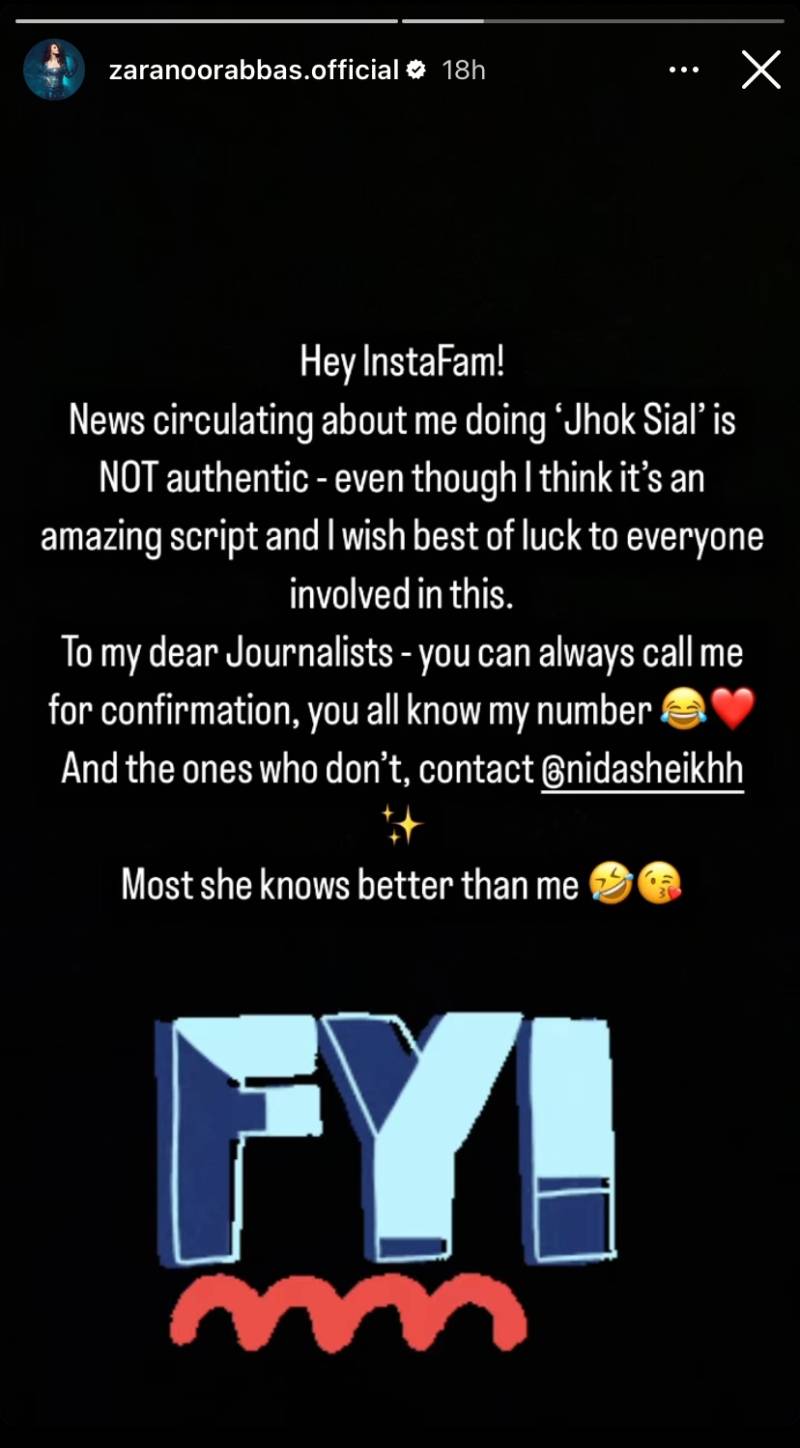 The Zebaish actor also suggested that journalists can always ring her up for confirmation since they know her number and those who don’t can contact her manager as she “knows better” than Abbas herself.

Initially, it was being reported that she will be seen in the upcoming HUM TV show helmed by Saifie Hasan and written by Hashim Nadeem who is known for Parizaad and Raqs-e-Bismil.

Mehwish Hayat gives a sneak peek into her Dubai trip