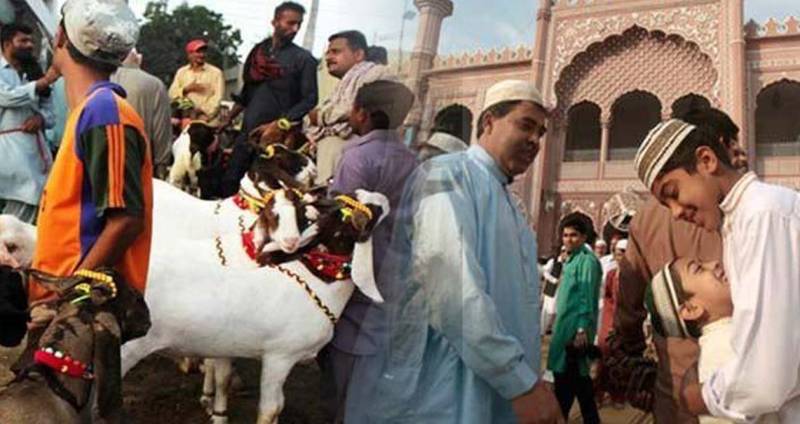 KARACHI – Sindh government on Wednesday announced a five-day-long holiday for Eidul Adha in the southeastern region.

Following the footsteps of the federal government, the Sindh government announced Eid holidays in the province from July 08 to July 12.

An official notification has also been issued in this regard. Departments and offices engaged in prevention and control of Covid, and rain emergency duties will not get relief for these days, per notification.

On Sunday, the Sharif-led coalition government approved a five-day public holiday from July 8 to July 12 (Friday to Tuesday).

Eidul Adha will be celebrated on July 10 as the Zilhaj moon was not sighted, the country’s moon-sighting committee announced last month.

ISLAMABAD – The federal government on Sunday announced five holidays to celebrate Eidul Adha in the ...

The Feast of Sacrifice is one of two Eid festivals celebrated by Muslims to commemorate Prophet Ibrahim’s willingness to sacrifice his son to God. Muslims slaughter animals to mark the occasion while the meat is shared with family members and the poor.

LAHORE – Pakistan Railways has announced to reduce the fare by 30 percent for three days on account of Eidul ...