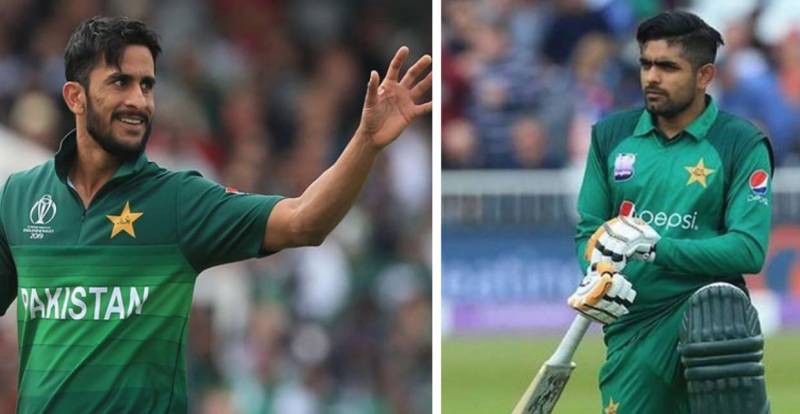 LAHORE – Pakistan pacer Hasan Ali has climbed his career-best rankings while Pakistan captain Babar Azam has dropped down to the ninth spot after he walked back to the pavilion with a golden duck in the first innings against Zimbabwe.

According to the latest ODI chart following the annual update, Pakistani right-arm medium-fast bowler achieved the feat of improving 15 spots after a remarkable performance in the first Test against Zimbabwe in which he managed to take 9 wickets and was named player-of-the-match.

Babar Azam has slipped from sixth to ninth in the ICC Test batting rankings following his golden duck against Zimbabwe.https://t.co/DlC6N5ZapA pic.twitter.com/gPVfB6J0yv

Shaheens bagged a handsome victory over the Chevrons at Harare but things have gone bad for Azam as he has slipped to 9th position following a golden duck. He is ahead of David Warner, who is 12 points behind the 26-year-old and placed 10.

Pakistani captain Babar Azam and opener Fakhar Zaman among three players nominated for the ICC Player of the Month award for April. The nomination for the award recognizes the best performances from both male and female cricketers across all forms of international cricket.