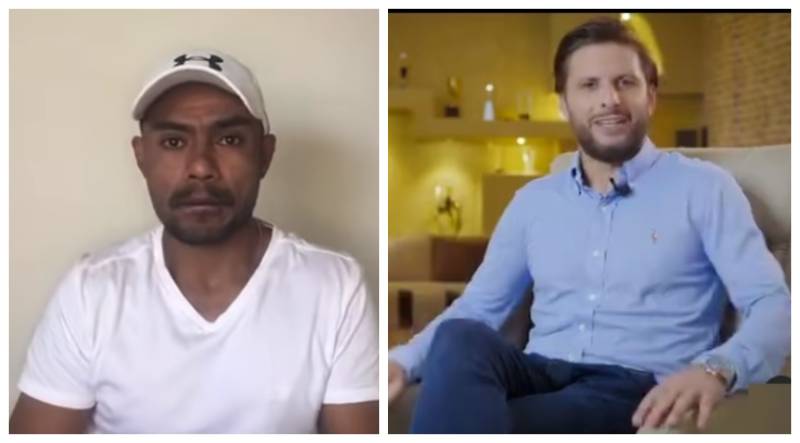 In an interview with Indian media, Kaneria, who is facing life ban over spot-fixing, claimed that Afridi used to treat him badly and even forced him to convert from Hindu religion to Islam.

“Shoaib Akhtar was the first person to talk about my problem in public. Shahid Afridi was the only player who always tried to degrade me. We used to play together for the same department, he used to keep me on the bench and didn’t let me play the one-day tournament," Zee News quoted Kaneria as saying.

Reacting to the allegations, Shahid Afridi told Pakistani media: “Kaneria’s allegations dated back to the days when I was himself struggling to learn the religion”.

He said that Kaneria defamed Pakistan by his involvement in spot-fixing, adding that he was leveling such allegations to make money and cheap fame.

“Danish Kaneria was like my younger brother and we had been played together in department cricket” Afrid said. Why he was making such claims after 15 or 20 years, he questioned.

“If my behavior was rude towards him why he stayed away from launching a complaint against me in PCB and Habib Bank,” he said.

Former Pakistan cricket team captain Shahid Afridi is heartbroken and has condemned the atrocities against Muslims in ...