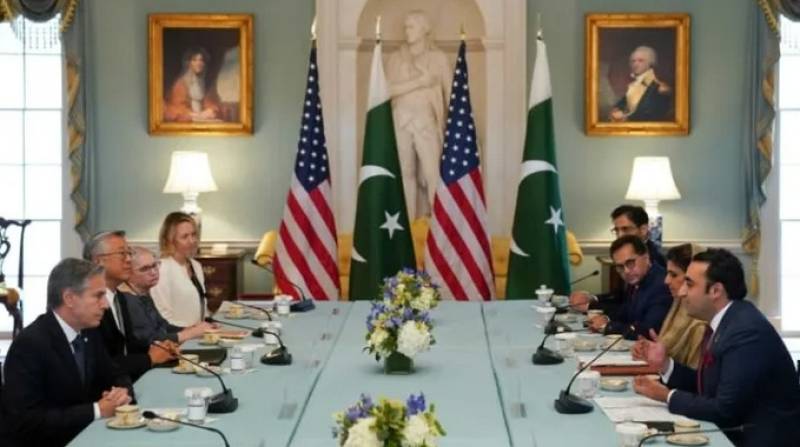 NEW YORK – The US needs to strengthen ties with Pakistan to minimise the latter's dependence on China, a key partner of Islamabad, a study group has recommended in its report.

The Pakistan Study Group has released its report at a time when Pakistan’s Chief of Army Staff General Qamar Javed Bajwa is in Washington on an official visit.

The authors of the report include former US ambassadors to Pakistan Ryan Crocker and Cameron Munter, former assistant secretary of state Robin Raphel and former Pakistan ambassador to US Husain Haqqani.

“It is in US and allied interests to help Pakistan reduce its economic dependence on China. This can be done in multiple ways: Most desirable is through direct American investment along with investment by friendly countries, like Saudi Arabia, the United Arab Emirates, and Japan,” the report said in its findings.

The Pakistan Study Group has also advised the US not to ignore or try to isolate Pakistan as the South Asian country is “one of the world’s most populous, majority Muslim countries” that is located “at the crossroads of South, Central, and West Asia”.

“Walking away from the region has not worked out well for American interests,” the report recalled, recommending various measures to boost engagement between the two countries.

"Instead of allowing existing differences to define the partnership, it may be time to recognise that both sides need to understand the other's interests so that they can then find a way to work on areas of mutual concern," the study group said.

The United States must avoid use of inducement and threatening tactics to change Pakistan's policies, as such moves failed in the past.

“There is a need to acknowledge that inducements or threats will not result in securing change in Pakistan’s strategic direction,” the report said.

It added that Islamabad too needs to understand the point "that all of Pakistan's problems, especially terrorism and militancy, cannot be laid at the door of the US".

“While Pakistan and the US often fail to see eye-to-eye when it comes to Afghanistan, China, or India, they do share mutual interests in seeking stability in the region, combating the problem of extremism, and averting armed conflict in nuclear South Asia. Relations need not be close or broadly based to achieve the goals sought by each side,” the report read.

US engagement with Pakistan would benefit it if it is based on a realistic appraisal of Pakistan’s policies, aspirations and the worldview, the study group suggested.