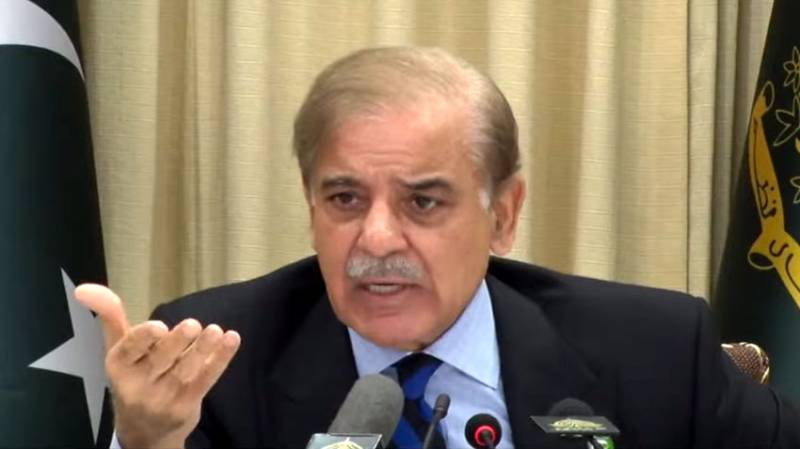 ISLAMABAD – Prime Minister Shehbaz Sharif Thursday categorically stated that the incumbent government has no role in audio tapes leaked from the PM House.

Over a week ago, audio tapes of PM Shehbaz Sharif and former premier Imran Khan were leaked online, sending shockwaves across the country and flaring up the political turbulence. A high-level committee has been formed to probe the security breach in the PM House.

Addressing a press conference, Sharif said that recent audio leaks regarding cipher have exposed the true face of the PTI chairman, adding that Khan played with national interests and damaged country’s relations with the world.

Strongly criticising the PTI Chairman, Shehbaz Sharif regretted that baseless allegations of foreign conspiracy were levelled against the constitutional struggle of political parties.

He said that the government has spent almost Rs100 billion for relief efforts in flood-hit areas. He said under BISP, Rs60 billion have already been spent.

The premier said that China has provided $90 million for the flood victims while other countries including the US, Saudi Arabia, UAE and Japan have also come forward for the assistance of the flood affected people.

Responding to a question, the prime minister said Islamabad High Court has given clean chit to Maryam Nawaz on merit. He said Maryam Nawaz appeared before the courts for four years and also faced imprisonment with Nawaz Sharif.

ISLAMABAD – The heads of the spy agencies – the Intelligence Bureau (IB) and the Inter Services ...