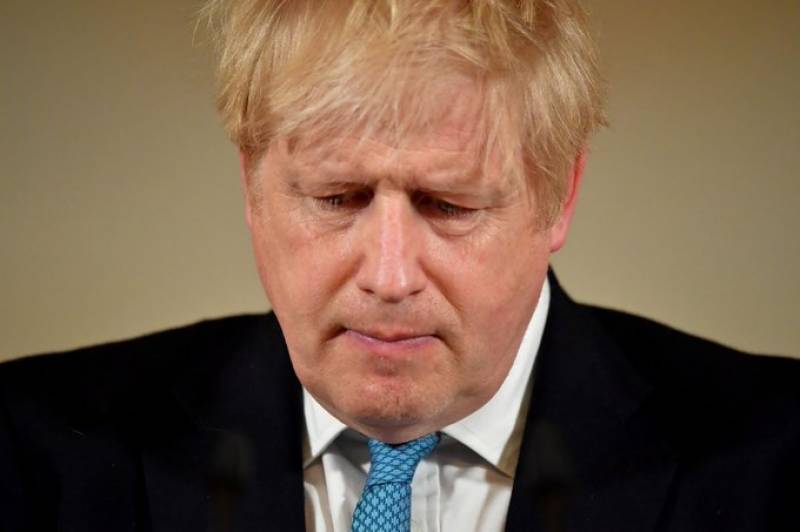 LONDON - British Prime Minister Borish Jhonson, suffering from coronavirus infection, has been moved to the Intensive Care Unit at hospital in London after his condition worsened.

A statement issued by the Downing Street said, “Over the course of this afternoon, the condition of the Prime Minister has worsened and, on the advice of his medical team, he has been moved to the Intensive Care Unit at the hospital”.

The PM has asked Foreign Secretary Dominic Raab, who is the First Secretary of State, to deputise for him where necessary, it added.

Jhonson has thanked all NHS staff for their hard work and dedication.

The British premier was admitted to hospital for tests after suffering persistent coronavirus symptoms, his office said late on Sunday.

Johnson, 55, had been due to re-emerge from seven days of self-isolation on Friday, a week after announcing he had tested positive for COVID-19 and had mild symptoms.

Johnson is the most high-profile world leader to contract the virus. His pregnant partner, Carrie Symonds, is also recovering from symptoms but has not been tested.

Health Secretary Matt Hancock returned to work on Friday after a week at home following his positive test for COVID-19. The chief medical officer, Chris Whitty, has also displayed symptoms.

The global pandemic of COVID-19, as the illness is officially known, has seen more than 1.3 million cases and oiver 70,000 deaths.

Britain currently has 51,608 confirmed hospital cases and 5,373 deaths while a total of 135 people have recovered.