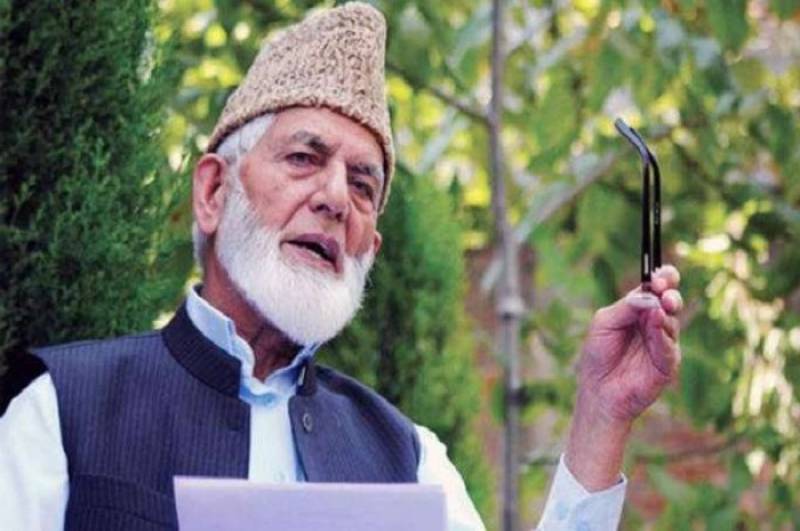 SRINAGAR - The Chairman of All Parties Hurriyat Conference in Indian occupied Kashmir, Syed Ali Gilani has called upon the world community to take notice of the arbitrary actions by the Indian government in its colony of Jammu and Kashmir, which is an internationally accepted dispute.

According to Kashmir Media Service (KMS), in a statement issued in Srinagar, on Monday, while denouncing the introduction of new domicile law by India he said, the occupation forces have brazenly made clear their intentions and have begun their long cherished plan to change the demography of Jammu and Kashmir.

He said that the only resolution of the Kashmir dispute is the right to self-determination, and no power on earth can take away this right from the people of Jammu and Kashmir.

He reiterated that the Kashmiris’ fight would continue till the dawn of freedom.

Meanwhile, thousands of people continued to pour in for the second consecutive day to attend the funeral prayers of the Kashmiri youth martyred by Indian troops in south and north of Kashmir over the past few days.

Meanwhile, the eight-month military siege, now coupled with curfew-like restrictions, which India has imposed in the garb of preventive measures against the spread of coronavirus, has added to the miseries of the hapless Kashmiri people.