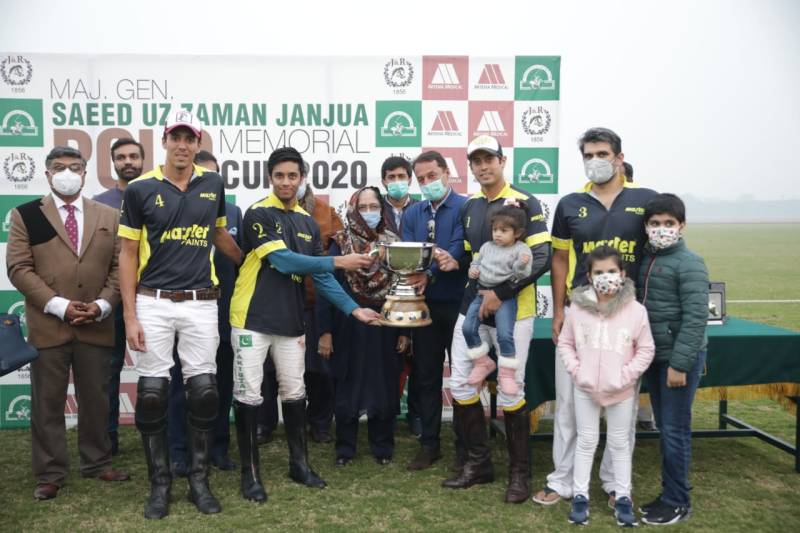 Marcos Panelo emerged as player of the day as he smashed in superb six goals for Master Paints while the remaining one goal was converted by Bilal Haye. From Newage, Edward Banner Eve cracked a quartet while Syed Aun Rizvi struck one goal.

Master Paints dominated the match right from the word go as they converted three goals against one by Newage to gain 3-0 lead. Newage bounced back in the second chukker by converting a brace against one goal by Master Paints to make it 4-2. Master Paints once again showed their class in the third chukker and hammered another hat-trick against a brace by Newage to win the match by 7-5 ½ as no goal was scored in the fourth and last chukker.

ISLAMABAD – A first of its type nine-hole golf course in Gwadar is something the crown jewel of China Pakistan ...

Earlier in the subsidiary final, Pricemeter.pk outsmarted Remounts by 7-5. From the winning side, Mannuel Carranza slammed in six goals while Sufi Muhammad Haroon scored one goal while from the losing side, Kian Hall banged in a brace and Jamie Le Hardy, Col Zulfiqar and Imran Shahid converted one goal each.