Sana Khan and hubby in IoK for honeymoon, (PICS & VIDEOS) 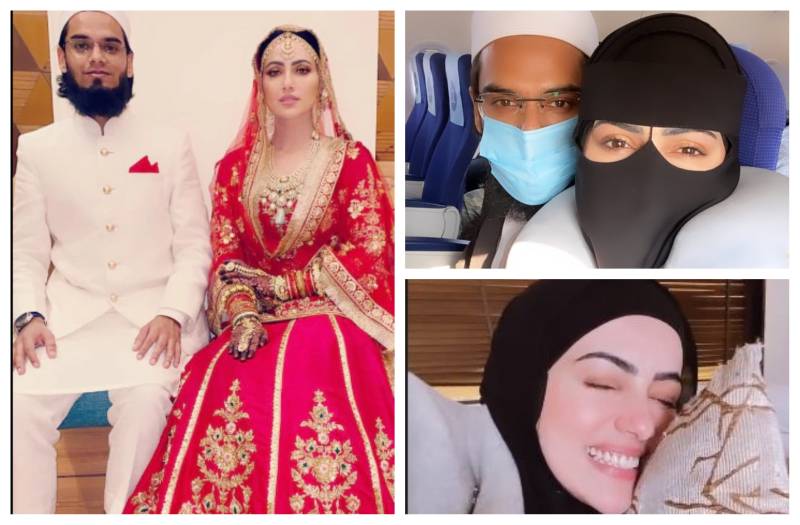 Former Bigg Boss contestant Sana Khan and her husband, Mufti Anas Sayied, are having fun with a romantic honeymoon in Indian occupied Kashmir.

Since the Jai Ho actress married to the cleric in an intimate ceremony on Nov 20, , Sana has been sharing glimpses of her after-marriage life on social media - from enjoying a romantic drive with hubby to getting pampered by her mother-in-law.

On Sunday, she took to Instagram tales to share photos and movies of them on the airport, on the flight and at last at their lodge - along with the caption, "Shohar & begum chale (Husband and spouse are off)."

In a video taken within the lodge room, she mentioned, “It’s so chilly right here. It’s Kashmir!”

In another video, she mentioned, “What a view, man!”

Anas walked into the body, saying, “Badi thand hai (It is extremely chilly).” They then marvelled over the gorgeous view. 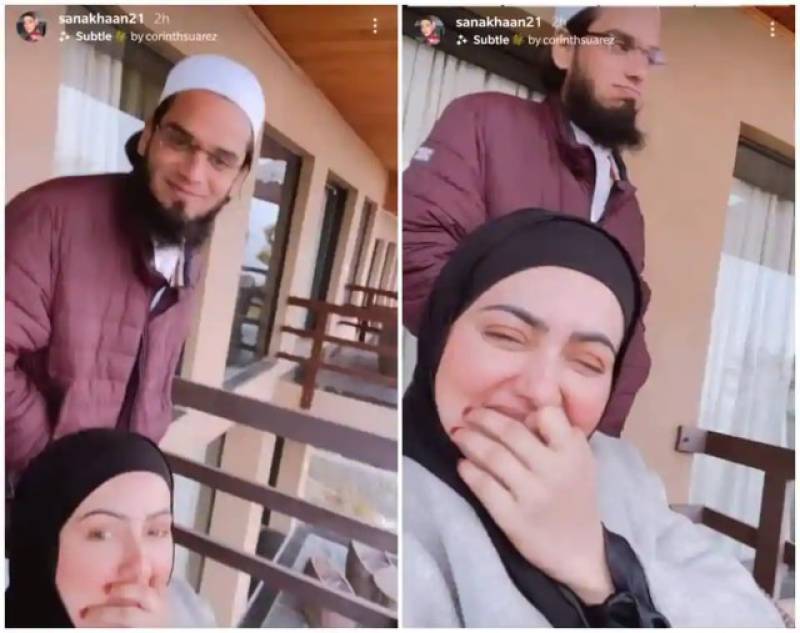 Sana was previously in a relationship with choreographer Melvin Louis. The former couple parted ways earlier this year after Sana accused him of cheating on her. The Bigg Boss 6 contestant even alleged that Melvin stopped her from working with Salman Khan.

Before quitting the industry, Sana Khan was last seen in Special OPS. The web series, which beamed on Disney+Hotstar, also featured Kay Kay Menon, Karan Tacker and Vinay Pathak. She has also worked in shows like Khatron Ke Khiladi.

The most talked about wedding of Sana Khan with Mufti Anus has generated a lot of media buzz. From stunning outfits to ...