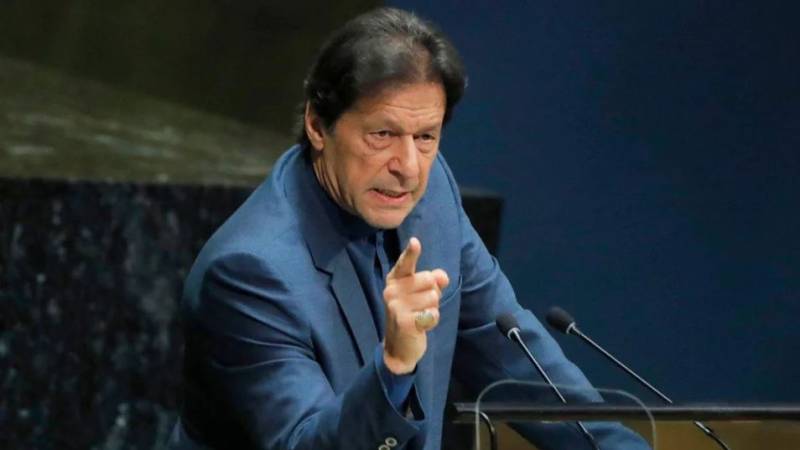 ISLAMABAD – Prime Minister Imran Khan on Monday, has emphasized on the collective responsibility of the society to fight against drug abuse.

While addressing the inauguration ceremony at the Anti-Narcotics Force (ANF) headquarters in Rawalpindi, the premier said, 'drugs are silent killers and we have to collectively fight this problem.'

He cited a number of seven million drug addicts in Pakistan.

Khan mentioned the recent incident in Kasur where a dug addict threw his five children into the canal.

KASUR – A man threw his five children including an infant into the Jamber canal in Pattoki on Sunday. As per the ...

Whatever has been instructed in the Holy Quran is only for the benefit of humankind, he stressed.

The strength of the ANF will be enhanced, and the supportive ministries will play their due role for drug control.

Expressing concern over of the use of synthetic drug ice in educational institutions, Prime Minister Imran Khan said there are seven million drug addicts in Pakistan https://t.co/7QoU5nNj9T @PakPMO pic.twitter.com/BArAfFUbDc

Our government is effectively taking action against those involved in drug-related activities.