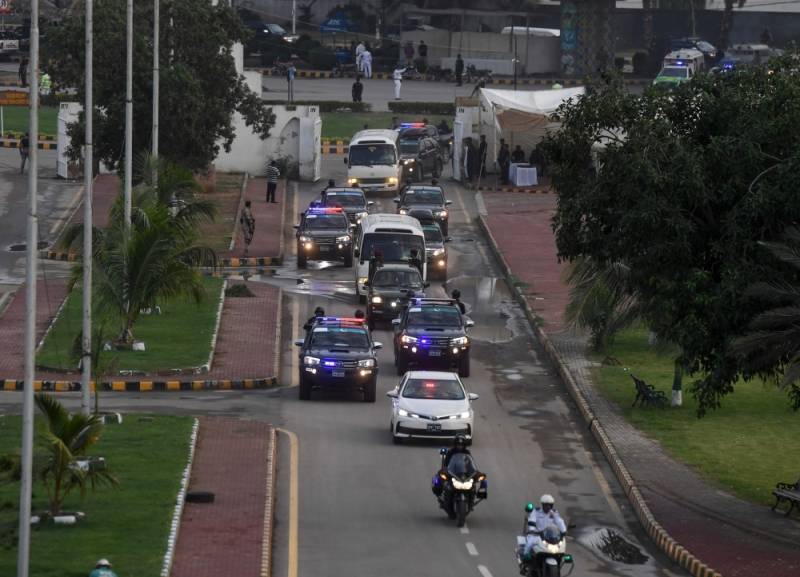 KARACHI – A four-member delegation of security experts arrived in the country’s largest metropolis to review the security arrangements ahead of Australia’s tour in March 2022.

Rigg Dixon, a renowned security expert, and three other Australian officials will visit National Stadium Karachi as Australia’s men's team is set to arrive in the South Asian country for a three-format tour in March-April 2022, playing in the nation for the first time since 1998.

The security team officials will also visit Lahore, and Rawalpindi to assess the security arrangements at the hotels, stadiums, and along the routes while the historic tour is subjected to clearance from the security team.

Reports in local media quoting Pakistan Cricket Board said officials of the Interior Ministry will brief the delegation about the security arrangement during the visit while the visiting members will also watch the first two T20 fixtures between Pakistan and West Indies.

The T20 World Cup winners are scheduled to tour Pakistan in March next year, this will be their first tour of Pakistan in over 2 decades. The tour consists of three Test matches, three ODIs, and three T20Is.

LAHORE – The Pakistan Cricket Board (PCB) released the schedule of Australia’s upcoming tour to Pakistan on ...

The Test matches will take place in Karachi (3-7 March), Rawalpindi (12-16 March), and Lahore (21-25 March), while Lahore will be the venue for the four white-ball matches to be played from 29 March to 5 April.