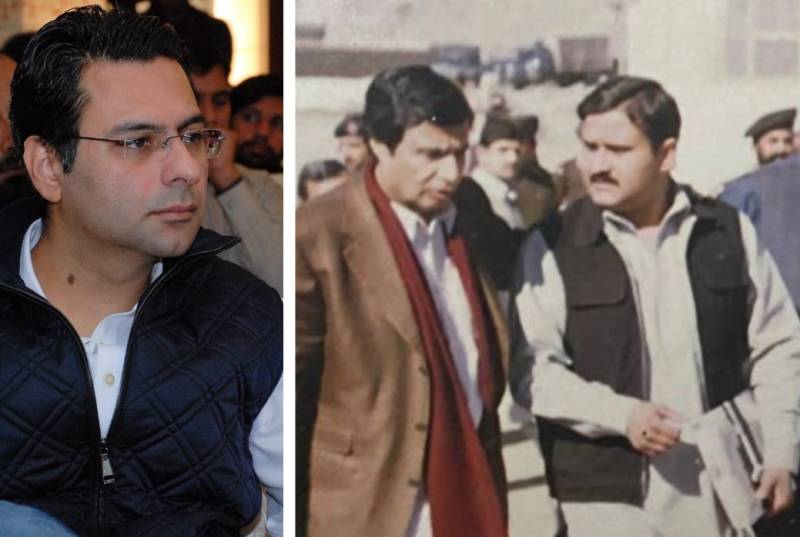 Taking it to the microblogging site, Moonis wrote, “Memorable picture of the time when Ch Parvez Elahi was CM Punjab and Usman Buzdar was Tehsil Nazim.”

Memorable pic of the time when @chparvezelahi was CM punjab and @UsmanAKBuzdar was Tehsil Nazim pic.twitter.com/G3zahAuAeO

Speaker of the Punjab Assembly Pervaiz Elahi was Chief Minister of Punjab from 29 November 2002 to 18 November 2007. Sardar Usman Buzdar joined Pakistan Muslim League (Q) in 2001 and he was elected Tehsil Nazim of Tribal Area (Koh-e-Sulieman) same year where he served until 2008.

ISLAMABAD – Prime Minister Imran Khan on Sunday shared a rare picture of him with his parents and sisters. "With ...