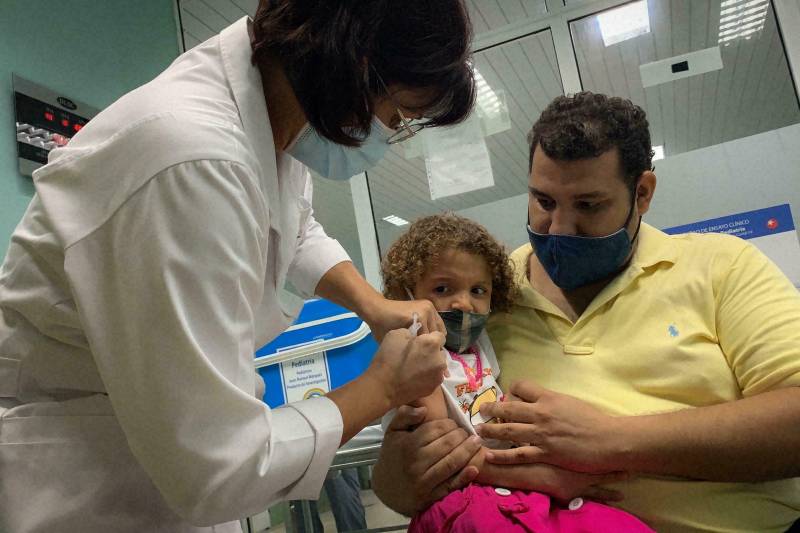 Cuba became the first country in the world to start vaccinating children from the age of two against the novel coronavirus on Monday.

The island nation is administrating jabs of indigenously-developed vaccines – Abdala and Soberana – to children aged between 2 and 18.

Finlay Institute, the state-owned firm that helped develop Soberana vaccine, claimed that the vaccine found safe for minors during trials.

The country aims at vaccinating all its children before reopening schools that have been closed for the most part since March 2020.

Cuba launched its inoculation campaign for children on Friday, starting with those aged 12 and above.

On Monday, it started administrating jabs to the 2-11 age group in the central province of Cienfuegos.

Trials are being conducted in various countries including China and Venezuela to check efficacy of vaccine in age group less than 12.

Chile on Monday approved the Chinese Sinovac vaccines for children between six and 12.

The Cuban vaccines, the first developed in Latin America, have not undergone international, scientific peer review and they are yet to be approved by the World Health Organisation (WHO).

GENEVA – The World Health Organization has said it is monitoring a new variant of coronavirus labeled as "Mu", ...