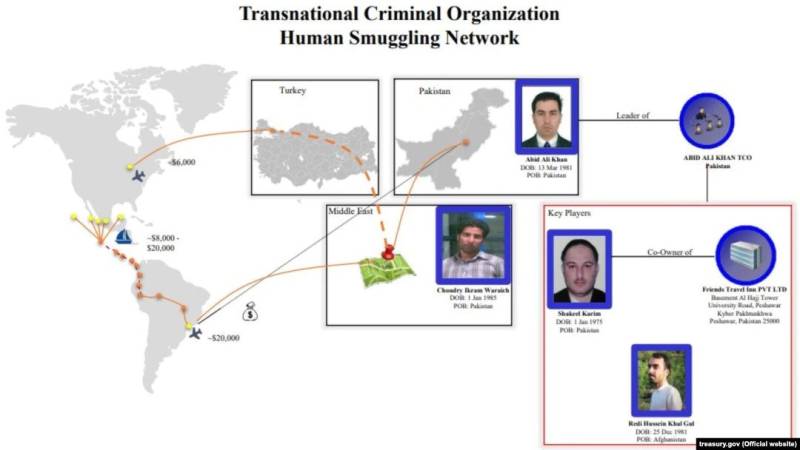 WASHINGTON – The United States treasury department imposed sanctions on a Pakistan-based transnational human smuggling network that brought a number of illegal migrants since 2015.

A press release issued by the US Justice Department said ‘According to court documents, between January 2015 and December 2020, Abid Khan, 40, allegedly organized, led, and worked, with others in his Pakistan-based smuggling network to facilitate the travel of undocumented individuals to the United States.

Abid Khan was also indicted on Wednesday by a federal grand jury in the Eastern District of Virginia for allegedly smuggling undocumented people into the US.

The recent sanctions require blocking all the assets of this group in the US and prohibit all dealings with them by US persons.

This network offered their illegal services for an average cost of $20,000, which included fees to procure fraudulent or counterfeit documents and make payoffs to corrupt officials, documents further reveal.

KARACHI – Pakistan Customs officials have foiled a major attempt to smuggle dozens of endangered falcons and one ...