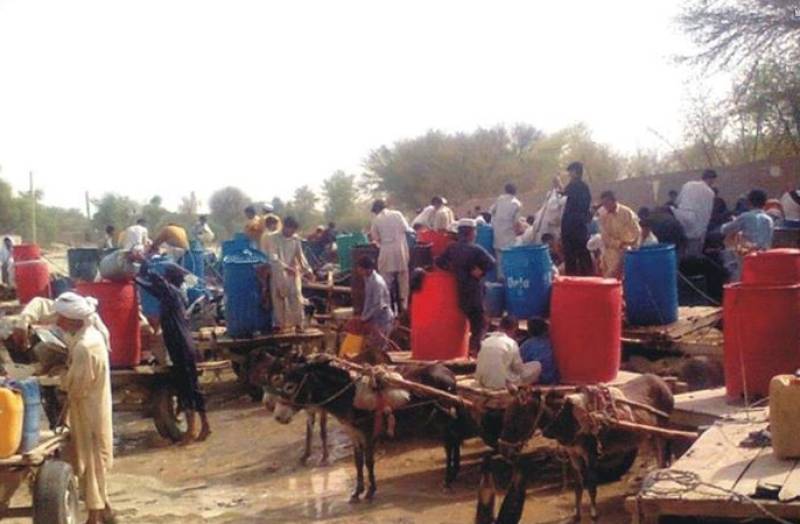 LAKKI MARWAT (Staff Report) – Pakistan Tehreek-e-Insaf(PTI)’s much-hyped ‘change’ slogan has come partially true at least in the southern district of Lakki Marwat in Khyber Pakhtunkhwa where the MNA is actively connected to the people of the area through social media.

The PTI MNA in question is Amirullah Marwat, from Lakki Marwat, who not only admitted the problem in some villages on ‘Facebook’ but also assured to resolve it at the earliest.

Earlier, a Facebook community - ‘Lakki Marwat’ Wednesday posted a photo on social media site which showed a large number of people from remote village ZangiKhel queued up to get pond water for drinking and other daily requirements.

In response to Facebook page post, PTI MNA Amirullah Marwat personally responded in the comments sections and wrote, “One of the main problem of Lakki district is shortage of water and it is everywhere. The problem was there when I was not even born. I remember the hardship being faced by us in my village and other villages.

"Still human and animals drink from the same ponds in some villages. It is now a fashion to blame and curse the sitting govt and its representatives.

"The MNAs, MPAs and so many federal and provincial Ministers, Senate chairman etc were at the helm of affairs for the last 60 years. I am a member of National Assembly and has no constitutional power in provincial set up. Our elected MPAs from JUI are there to serve you for the confidence you reposed in them. I am the only MNA from the whole of KP who sanctioned maximum number of tubewells for the district in the current ADP 2015-2016. A total of 26 tubewells has been sanctioned on my request. Previous year I got 12 tubewells. The problem of Zangikhel has been noted and will be solved inshaAllah, Thanks for highlighting the problem,” he wrote on the social media page."