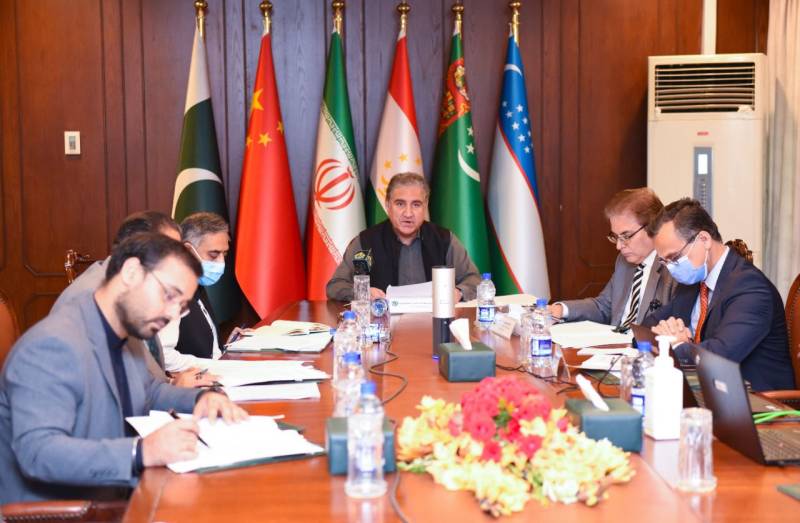 Addressing the Foreign Ministers’ Meeting on the Afghan issue attended by China, Iran, Tajikistan, Turkmenistan, and Uzbekistan earlier today, Qureshi said “In the wake of recent developments in the country, the key priorities are to prevent a humanitarian crisis that can exacerbate the sufferings of Afghans”.

He emphasized taking steps to prevent an economic meltdown in the war-raked country. “If a humanitarian crisis is prevented and economic stability is assured, then peace can be consolidated and a mass exodus precluded,” he maintained.

Qureshi went on to say that “Renewed diplomatic and international presence in the country would reassure the Afghan people”. He said no one could have anticipated the recent turn of events in Afghanistan, saying that all previous assessments and predictions proved wrong.

"Notwithstanding the unanticipated and sudden nature of these developments, it is important to note that the much-dreaded bloodshed has not occurred," FM said.

The remarks of the Foreign Minister came as the Taliban announced veteran Mullah Mohammad Hassan Akhund as the leader of their new government while giving key positions to some of the movement's top officials earlier on Tuesday.

KABUL – The newly formed government of the Islamic Emirate of Afghanistan has trashed allegations that Pakistan ...

Commenting on the announcement of an interim government, he said that Pakistan has noted this development and hopes that the political situation stabilizes at the earliest leading to normalcy.

Adding that, “the new situation requires discarding old lenses, developing new insights, and preceding with a realistic and pragmatic approach”.

Qureshi stressed that Afghan issues should have Afghan solutions adding that Afghan soil should not be allowed to be used against any country.

ISLAMABAD – Pakistan will host a virtual conference with the foreign ministers of Afghanistan’s neighboring ...