Why Humayun Saeed is upset with Aamir Liaquat? 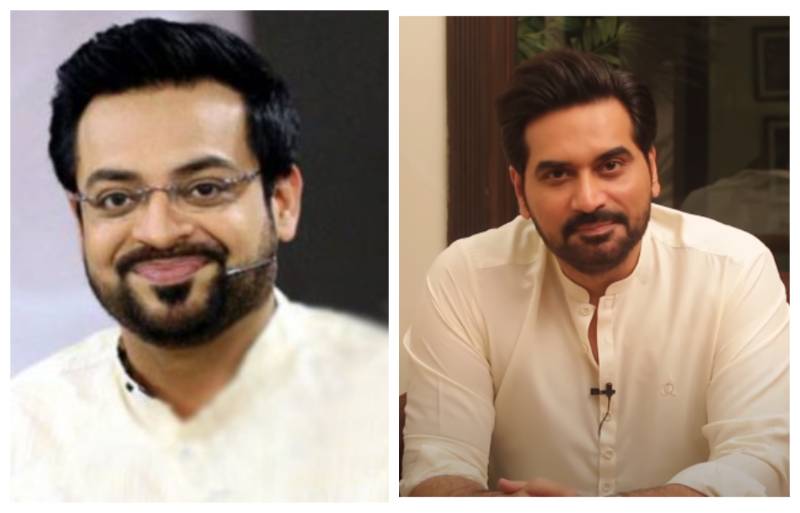 Superstar Humayun Saeed has proved that he not only rules the television screen but also the hearts of people in Pakistan.

With a soft-hearted persona, the superstar has often been described by his peers as a spectacular actor who is very humble without traces of insecurities.

Earlier, Ayeza Khan was invited to Aamir Liaqat's show where she was asked to describe Saeed. Once Ayeza refused to say something bad about her Meray Paas Tum Ho costar and rather praised him, Liaqat said “Allah will also forgive you even if you say anything bad to him”.

Following that, the 50-year-old was invited to Aamir Liaquat's show, and Saeed confessed that he was a little upset about Liaquat's comments.

The host-politician replayed the clip where he said that Humayun could misbehave with eyes closed and even Allah will forgive.

Later, the Bin Roye star asked that why would he misbehave with someone. After that Aamir continuously asked Humayun to smile and cheer up.

LAHORE – Pakistani heartthrob Humayun Saeed has received a marriage proposal from an Indian fan. Humayun was ...