Pakistan announces compensation for dead after 23 perish in Murree snowfall 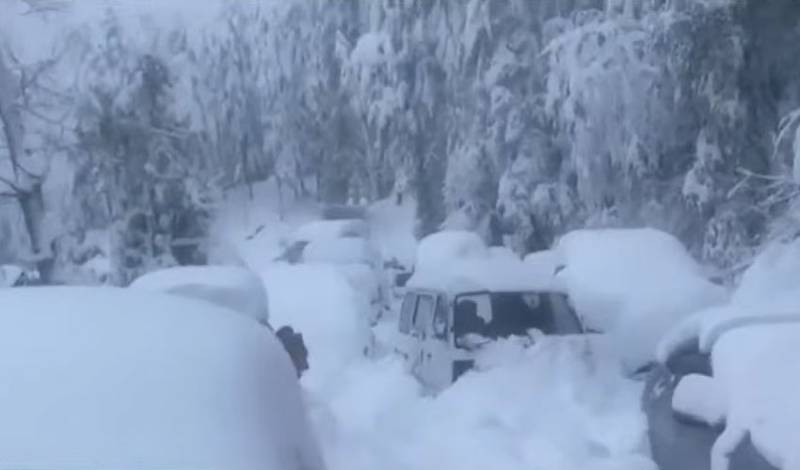 LAHORE – The Punjab government has announced compensation to the families of all those who lost their lives after being stuck on roads leading to Murree due to heavy snowfall.

The decision was taken in a meeting chaired by Punjab Chief Minister Usman Buzdar and attended by provincial Law Minister Raja Basharat, chief secretary, senior member of Board of Revenue Punjab and others.

It was decided that the families of the dead will be provided financial assistance.

Reports said that the government will provide Rs800,000 compensation for each death in Murree, adding that Rs176 million has been approved in this regard. The aggrieved families will jointly receive Rs17.6 million in wake of financial assistance.

Meanwhile, the death toll in Murree incident has surged to 23 after a four-year-old girl died of pneumonia. The deceased had gone to Murree along with her parents who got stuck their due to snowfall.

The minor girl fell ill due to bitter cold weather. She lost her life after she could not be evacuated to hospital timely.

Rescue and relief operation in the Punjab’s resort town has been expedited and most of the roads in the region have been cleared.

Pakistan Army troops and engineers are busy in reopening Kuldana-Barian section of the Murree road.

ISLAMABAD – All stranded tourists have been shifted to safer places in mountain resort town after 23 succumbed ...