China is an all-weather friend, but US isn't: PM Imran 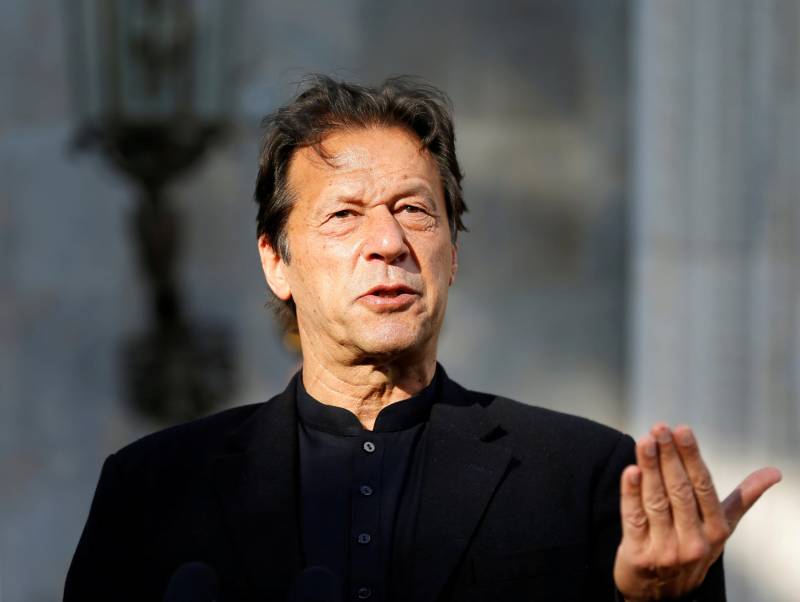 ISLAMABAD – Prime Minister Imran Khan has said the United States had not been an “all-weather friend” to Pakistan the way China had been, saying Washington abandoned us when we were of no use to them.

In an exclusive interview with Dr Eric Li of Chinese news outlet Guancha, Khan said Washington did not bother to study the region specifically Afghanistan before the invasion in an aftermath of the 9/11 attacks.

He went on to say that the US failed in Afghanistan for its own blunders and then blamed Pakistan for the Afghan situation. He reiterated that joining the war on terror and the corruption of the past badly affected Islamabad saying we lost about 80,000 people and over 100 billion dollars.

Any country that understood the history of Afghanistan would never have done what the Americans did. West was baffled on what they were trying to achieve inland lock country, Khan lamented.

US mission in Kabul should have been over once they killed Al-Qaeda chief Osama Bin Laden. Adding that the aim of a mission was unclear, which leads to failure. The entire US mission was based on a 'false premise', he quipped.

Commenting on the current situation, he said, it is now difficult for Americans to differentiate between the general population and the Taliban, which is forcing towards a potential humanitarian crisis.

ISLAMABAD – Prime Minister Imran Khan once again urged the United States to start a dialogue with the Taliban-led ...

Prime Minister speaking about the neighboring country said both Pakistan and China have always stood by each other in difficult times. He said this all-weather relationship has transformed into a people-to-people friendship.

Islamabad sees the multibillion-dollar project as a great opportunity for its geo-economics, he added. Imran Khan said both Pakistan and China have always stood by each other in difficult times. He said this all-weather relationship has transformed into a people-to-people friendship.

Khan also warned against a cold war between the United States and China saying the world’s top two economies, are at loggerheads over some issues.

US call to form a front against Beijing's growing influence is a sensitive subject for its regional allies, which are reliant on China for trade, he mentioned. If the rivalry between these two goes into a Cold War type of situation, it will have a larger impact while the world does not want a second Cold War,” PM said.

Commenting about having strained ties with New Delhi, PM said his first priority after coming to power in 2018 was to normalize ties with India with whom we have been engaged in a long dispute over Kashmir.

He said Pakistan’s only issue with India was the disputed territory where Muslims were being denied their right to self-determination.

ISLAMABAD – Prime Minister Imran Khan said that the dispute over the Kashmir region is the major conflict between ...

The RSS-inspired Indian government is denying the people of Kashmir the right of self-determination which was guaranteed by the UNSC resolutions, Khan mentioned while referring to the Security Council which has adopted several resolutions on the dispute, including one that says a plebiscite should be held to determine the region's future.