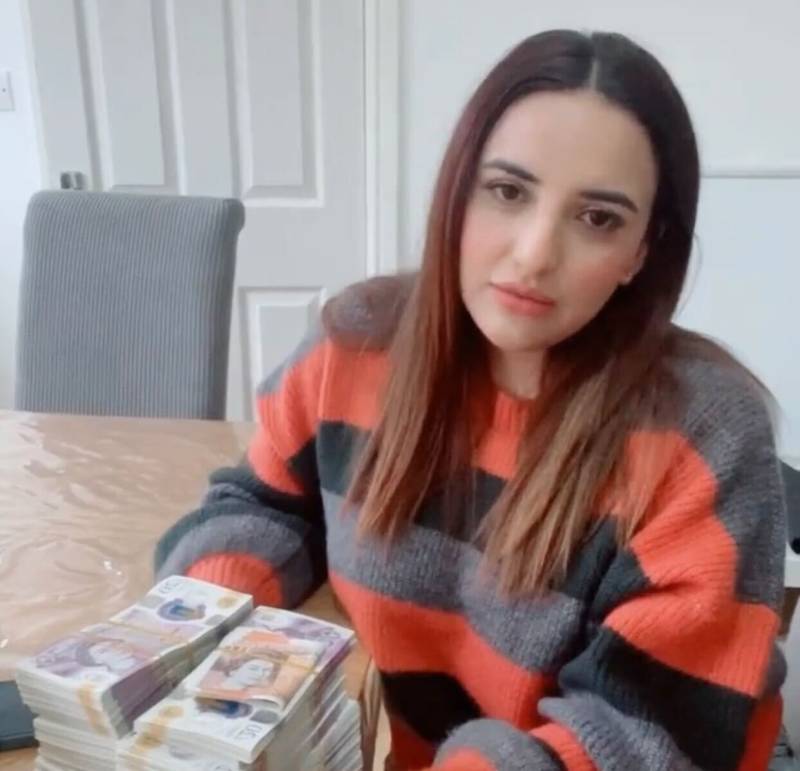 KARACHI – The Federal Board of Revenue (FBR) has initiated an inquiry into Hareem Shah’s tax affairs and summoned the social media star on February 17.

Reports in local media said the Income Tax Intelligence Unit has directed Fizza Hussain aka Hareem Shah to appear in person before the deputy director next week.

A notice issued by federal law enforcement agency cited “In case of failure to comply with this notice, this office will be constrained to enforce your attendance under the powers vested u/s 176(4) of the income tax ordinance, 2001 read with section 32 of the code of the Civil Procedure, 1908.

Federal investigators approached the State Bank of Pakistan (SBP) to freeze all bank accounts held by the TikTok star and launched action against her social media accounts with the help of the Pakistan Telecommunication Authority (PTA).

TikTok star Hareem Shah continues to shock the netizens with shocking revelations as this time around, her husband ...

Shah, while flaunting the cash stacks, revealed that she has lately taken a flight to the UK and even though she arrived safely, she realised that a hefty amount of cash isn't allowed to be taken on UK flights. “If you are travelling from Pakistan to UK then be careful. I think you can carry about 2000 pounds and if you would exceed the limit then the staff would bother you.”

As the officials took notice, Shah then claims that her earlier clip shaming authorities for not detecting her leaving the country with lots of cash, was just a ‘joke’ as she doesn't know anything about money laundering.

“I was just posing with a friend's cash, cash that would soon be deposited”, she said.