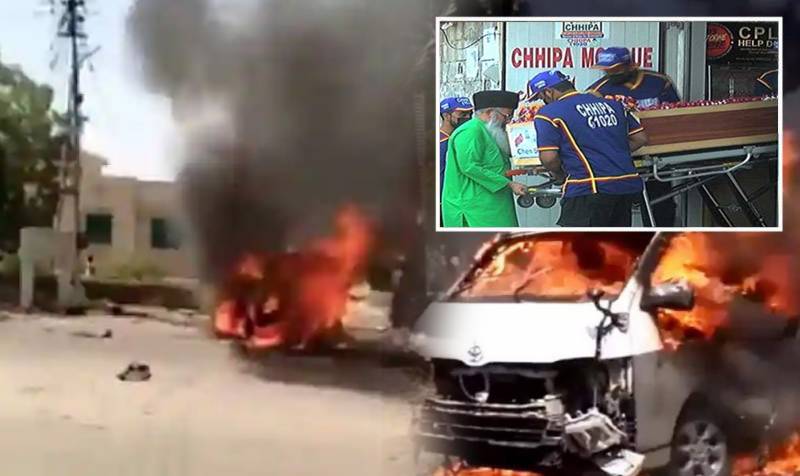 KARACHI – The last rites of three Chinese teachers who were killed in a suicide bombing at Karachi University were performed at the Hindu Cremation Ground in the seaside metropolis.

Reports in the local media said the rites were arranged by the Government of Pakistan. The Chinese envoy and members of the Chinese Consulate attended the last rites.

Acting VC of Karachi University Dr Nasira Khatoon was also present on the occasion. Security was beefed up to avoid any untoward incident in the city.

Visuals of the last rites of the Chinese tutors slain in the suicide bombing outside #Karachi University (2)#Pakistan pic.twitter.com/Pq9dLpHW9K

Three Chinese teachers and their Pakistani driver were killed in a suicide bombing in Pakistan’s largest city a couple of weeks ago. The explosion ripped through their vehicle, injuring at least four others near the university's Confucius Institute.

Terror outfit Baloch Liberation Army claimed the attack on the vehicle carrying the Chinese staff. It said the suicide bomber was a woman.

Later, it was revealed that the woman suicide bomber was a married science teacher, a mom with two kids and was pursuing a second master's degree.

The terror outfit said she had volunteered for the attack targeting China, whose investment projects in Balochistan the militant group opposes.