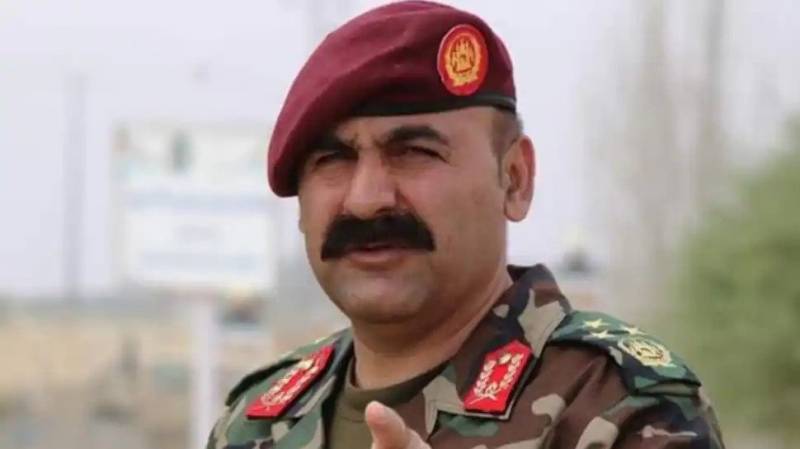 KABUL – Afghanistan Army Chief General Wali Mohammad Ahmadzai has been removed as the Taliban continued to advance on urban centers in the war-raged country.

The incumbent authorities didn’t mention the reason behind the removal of the army chief however it comes at a time when the Afghan armed forces are busy fighting an intense war with insurgents who captured smaller administrative districts in the past weeks.

With new advances by insurgents, nine of Afghanistan’s 34 provincial capitals have been captured from the Afghan forces.

Meanwhile, Afghan President Ashraf Ghani also flew to the besieged northern city of Mazar-i-Sharif to rally his beleaguered forces, with Taliban fighters have now taken more than a quarter of the country’s provincial capitals.

On Monday, Taliban fighters seized the sixth Afghan provincial capital after a weekend offensive in the north. The weekend offensive saw urban centers fall in quick succession and the government forces struggle to keep the fighters at bay.

The Taliban also announced moving in on Mazar-i-Sharif, the largest city in the north and a linchpin for the government's control of the region, after capturing Sheberghan to its west, and Kunduz and Taloqan to its east.

A spokesman said Taliban fighters had entered the city, but officials — and residents contacted by phone — said the group was exaggerating, with clashes confined to surrounding districts.

Meanwhile, the Taliban also raged in the south, where Afghan forces have been locked in heavy street-to-street fighting with the insurgents.

Fighting in Afghanistan's long-running conflict has escalated dramatically since May, when the US-led military coalition began the final stage of a withdrawal set to be completed before the end of the month.

Taliban has assassinated the head of Afghanistan's media and information centre in the capital, Kabul, amid ongoing ...