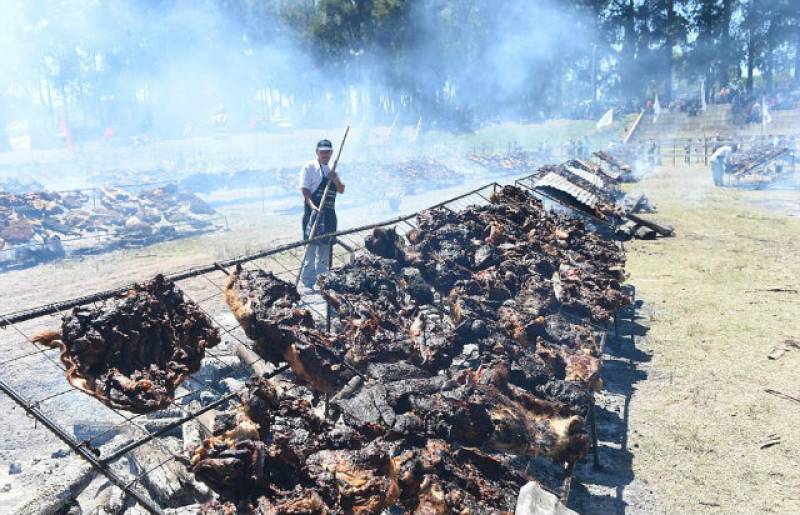 MINAS - Chefs at Roda Park, in the small Uruguayan city of Minas, have smashed the Guinness record for the largest barbecue ever, which was previously held by an Argentine town.

Almost 200 cooks used 60 tonnes of wood to fire up their gigantic barbecue on which they grilled 16.5 tonnes of raw meat for a total of 14 hours.

Nearly eight tons of salad were hauled in for the event to accompany the dizzying helpings of meat. 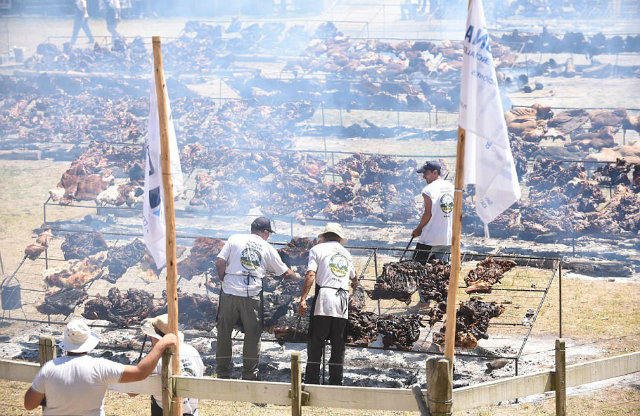 The aim was to break Argentina's previous record, which took the title from Uruguay in 2011.

There is a fierce rivalry between the two neighbouring countries over who produces the better beef.

The cooked weight had to surpass the 9.16 tonnes grilled in the Argentine city of La Pampa in 2008 to establish a new Guinness world record.

A notary confirmed that the Uruguayan barbecue weighed in at 10.36 tonnes. 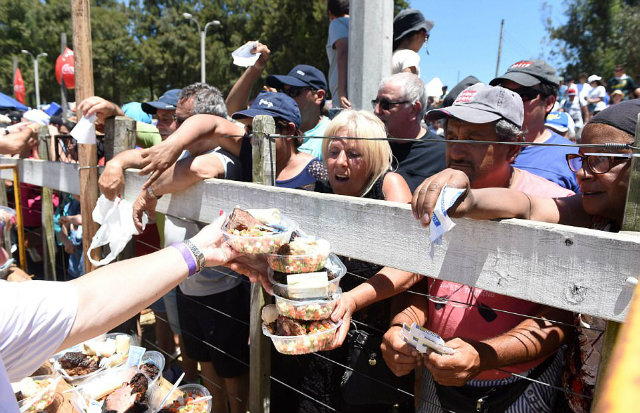 Thousands of people gathered to watch the event and to sample the food, according to the organisers. "We estimate that between 35,000 and 38,000 portions could be produced,' Victor Modino told El País.

Plates of the barbecued beef with Russian salad and bread were sold at a little over $5 (£3.75) each.

Uruguay, which has three times as many cattle as it has inhabitants, is one of the world's main beef exporters.